The Sedlec Ossuary also known as the Church of Bones is one of the most unusual chapels you will ever see. If you think that you saw everything in your life, think again! 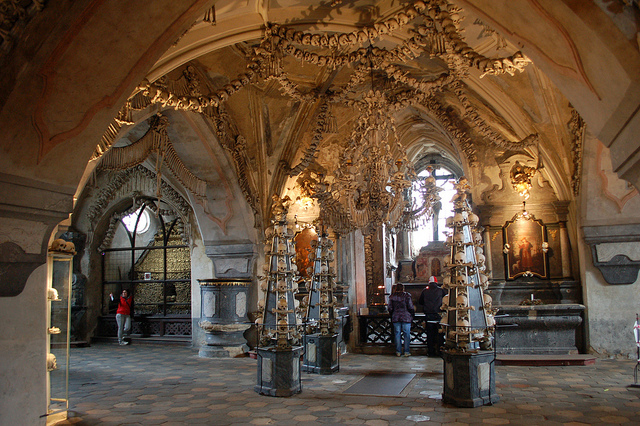 The Sedlec Ossuary is nothing spectacular in the outside. It is a small chapel located in Sedlec, in the suburbs of Kutna Hora, in the Czech Republic. You would think that it is just an average old medieval Gothic church. As you enter the Sedlec Ossuary though, you will soon realize why it is one of the most amazing and unique churches in the world.The Sedlec Ossuary is artistically decorated by more than 40.000 human skeletons. 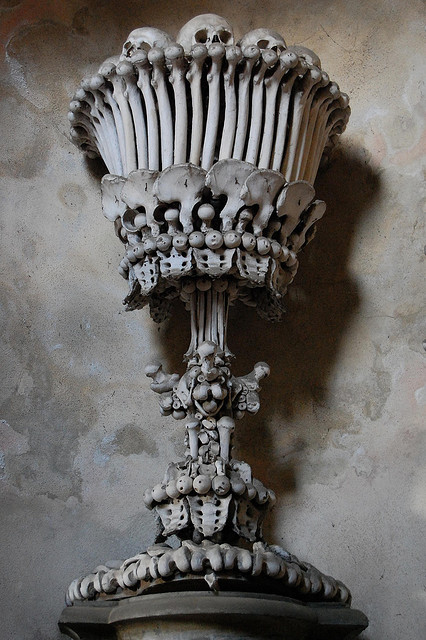 One of the most fascinating artistic works inside the Sedlec Ossuary is The Big Chandelier of Bones that lies in the center of the Church of Bones. The immense chandelier contains at least one of every human bone. 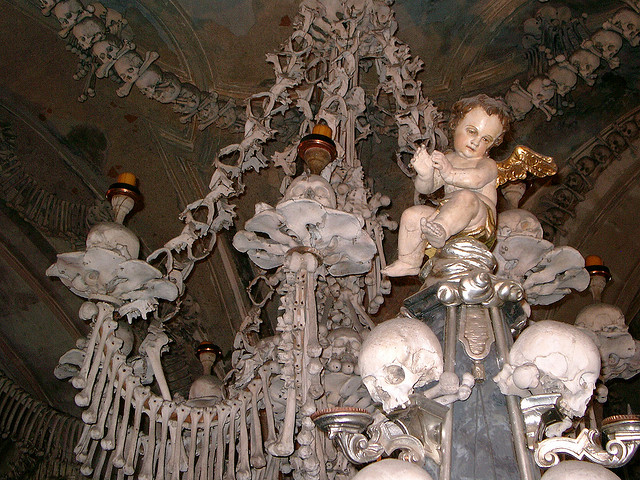 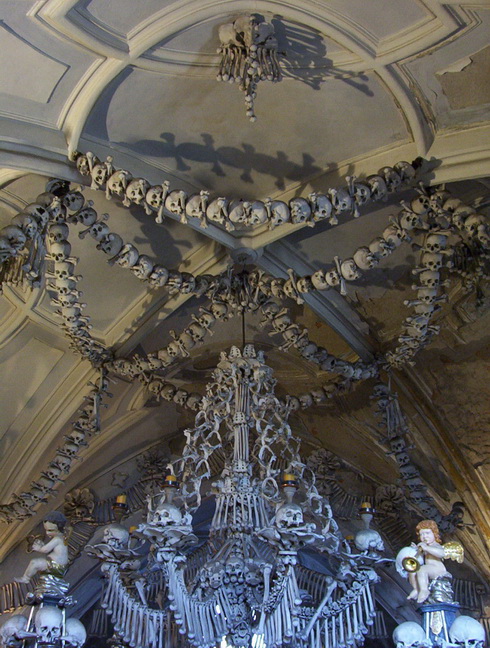 Another impressive artwork is The Coat of Arms of The Schwarzenberg  family that is also made of human bones. While there are other macabre places to visit in Europe like the Paris Catacombe, the Sedlec Ossuary is really unique in nature. 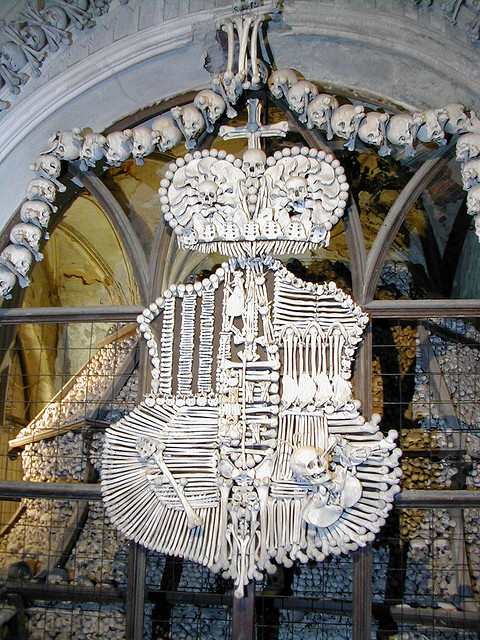 You may wonder how all these bones ended up being craved in a small chapel located in the Czech Republic. It all goes back to 1278 when the King of Bohemia sent the abbot of the Sedlec Cistercian Monastery to Jerusalem. When the abbot came back he brought with himself a jar of soil from the Golgotha, that was known as the “Holy Soil”. Soon people from all over the places desired to be buried in Sedlec, thus the cemetery there had to be expanded. 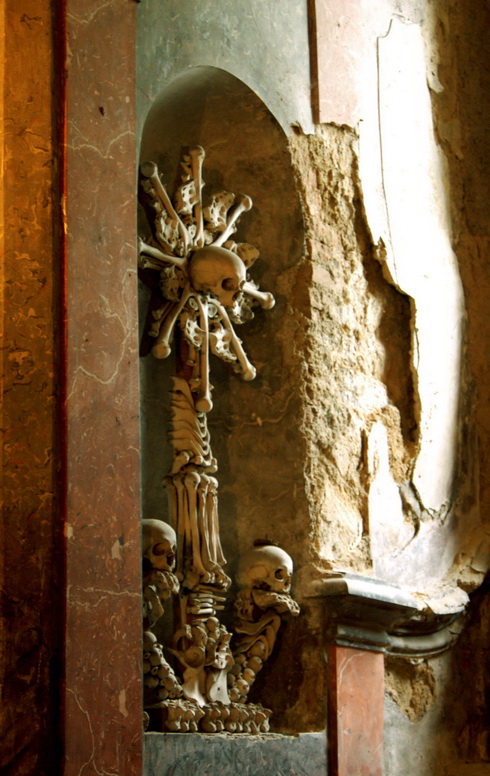 In the 15th century a Gothic church was built near the cemetery and its basement was used as an ossuary. The bones stayed there for centuries till 1870 when a woodcarver named Frantisek Rint was appointed to place the bones in order. The result was impressively shocking. 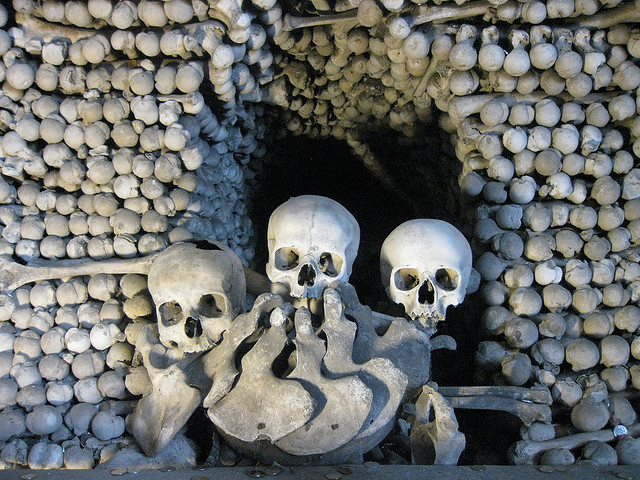