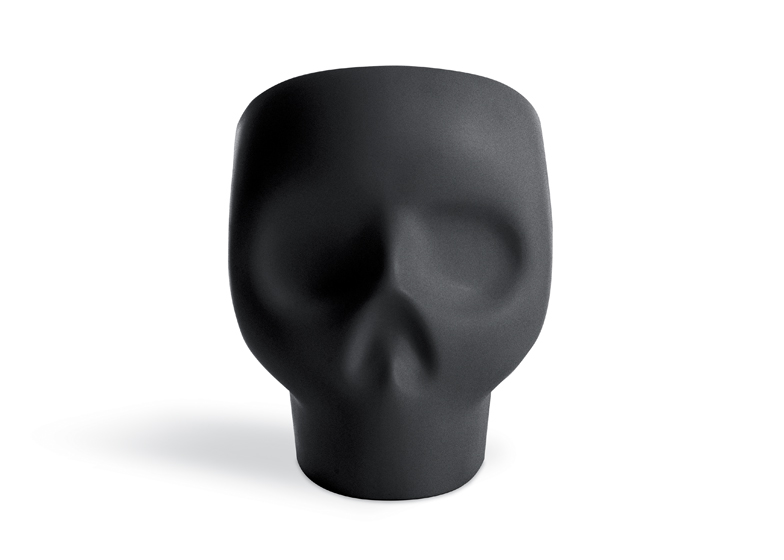 Jolly Roger by Fabio Novembre for Gufram comes in black and white and is made from rotationally moulded polyethylene. 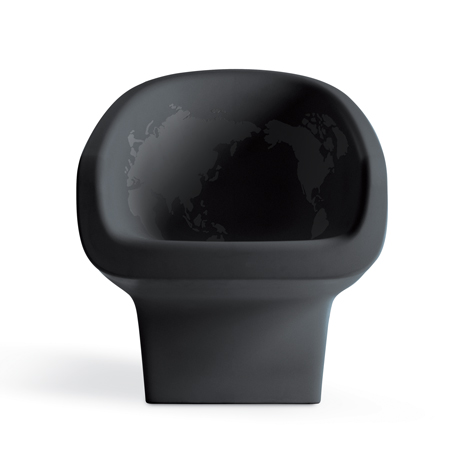 “When people ask me why I wear a skull on my finger, I always answer that it belonged to my grand-father, who was a pirate, and I think I came to believe it myself,” says Novembre. “Everybody should have at least one pirate grand-father in their family tree: it would represent a strong branch to cling to.” 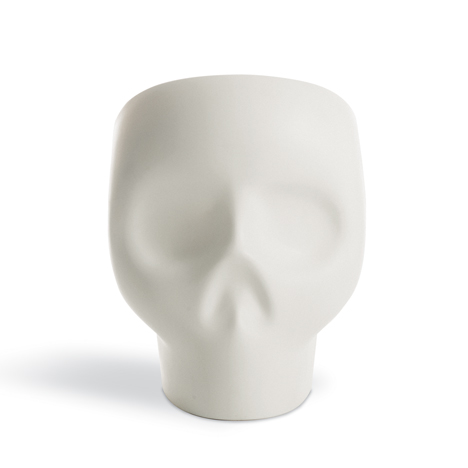 The product is a demand for freedom; a synonym of intellectual independence that follows a brave path, by keeping away from the standardized typological doldrums of the interior design project, and marks a new planning horizon. 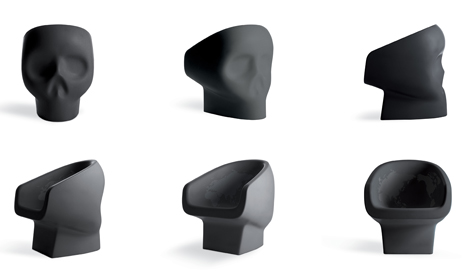 And here is the homage; the scornful tribute to these unwritten codes of audacity and derring- do: Jolly Roger. A chair that formally hints to the skull – the symbol of swagger painted on the red standard of French and then English corsairs and freebooters, terror of the seven seas.

And it is the globe itself to remain suspended in the internal frame – a map surrounded by the oceans; the desire for insatiable conquest; almost an exhortation not to keep still; a warning: never forget you are sitting on the world.