Japanese Haruko Maeda lives and works in Austria since 2005. Her work relies heavily on a mix of the religious iconography of her native Japan and catholic Austria, where she has spent the last seven years. Positioning herself effectively between East and West, she lends an outsider’s perspective to both cultures, resulting in surprising coexistences of sometimes opposing notions. A highly skilled oil painter, Maeda has chosen to build upon the European tradition of the vanitas still life. However, whereas the vanitas theme, as it is traditionally considered, implicates the idea of life being linear and finite, Maeda introduces rebirth as a significant iconographic element in her paintings. She thereby lets circular and linear concepts of time and intersect, prompting a crossbreeding of Eastern and Western thought. Maeda also pursues this theme in the third dimension, putting together delicate sculptures. These are generally composed of animal bones and beads complemented with other materials, precisely shaped like Japanese bonsai trees. 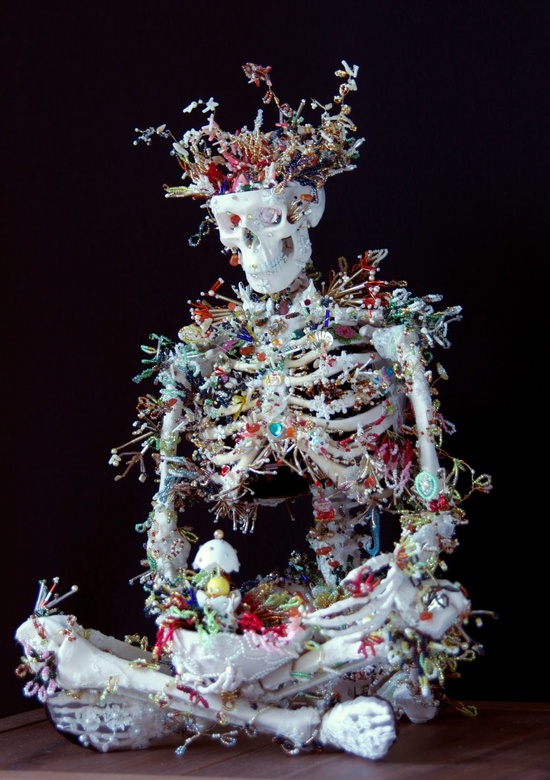 A cardinal point of her art and something that she is always looking for in her work is the inherent polarity of objects, which may change into the opposite due to contrary expressions and interpretations, as well as the identity of objects that render opposites indistinguishable due to common, shared qualities.

Accepting death is very difficult for human beings, although all living creatures are bound to die one day. Death is experienced just once in a lifetime. It is impossible to know in advance what we will feel at the moment of dying and what may come afterwards. Maeda has experienced the death of persons close to her. In our life, it is basically impossible to ignore death. Life and death are the themes of her artistic work. Although they are diametrically opposed, they are actually adjoining. Although they are far removed from each other, they yet come very close. From the moment of our birth, we move inexorably towards death, day after day. After life, death comes for each and every one of us without exception. 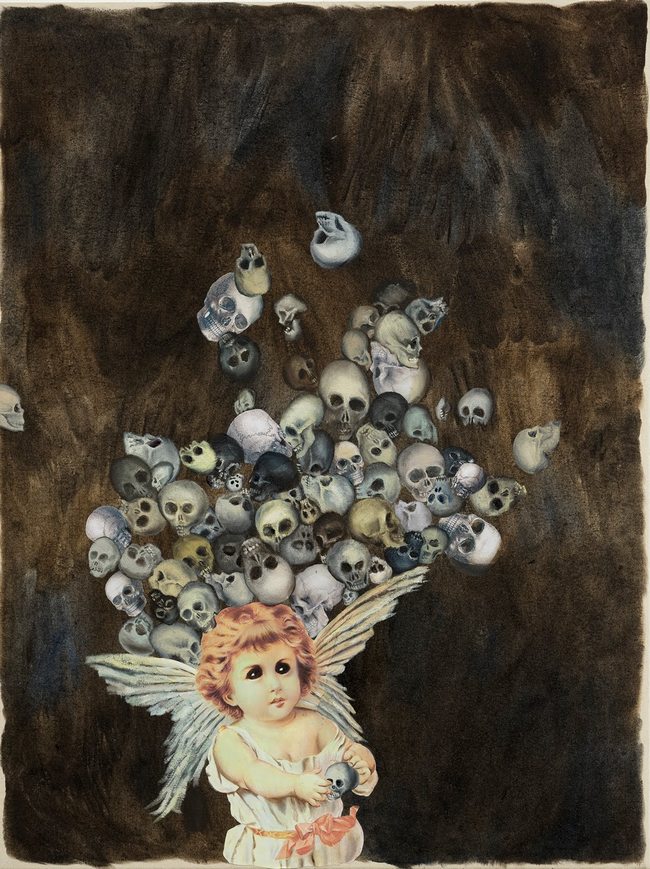 In her mind, the original significance of relics is that the remains (death) are still imbued with energy (life), like the eternal heartbeats of death. Like a dead body dressed in gleaming stones, she is looking for the dynamics of her artistic work, where beauty and ugliness, life and death co-exist in contradiction. Bones and organs, gemstones and plants are materials frequently used in her current work. Bones, flesh and blood are the origin of life; when they issue forth from the body, they change into signs of hideous death. But drops of blood and broken shards of bone may also look like glittering rubies or silky-smooth pearls. Exposed nerves and flesh may resemble vigorous, lovely stalks and flowers. 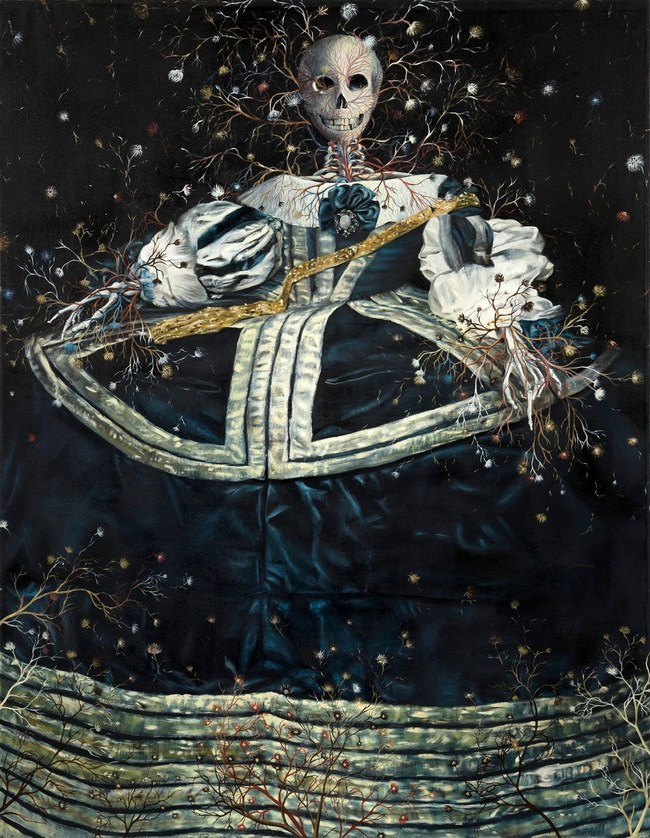