“For the Love of God” is a sculpture by artist Damien Hirst made in 2007. It’s a platinum cast of a human skull encrusted with 8,601 flawless diamonds, including a pear-shaped pink diamond in the forehead. That beautiful skull went on display at the White Cube gallery in London with an asking price of £50 million. This would have been the highest price ever paid for a single work by a living artist. 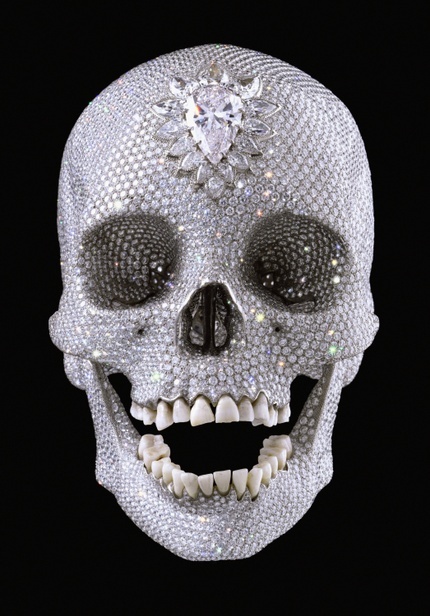 The human skull used as the base for the work, bought in a shop in Islington, is thought to be that of a European living between 1720 and 1810. 8,601 flawless diamonds cover the entirety of the skull, with the exception of the original teeth of the skull. 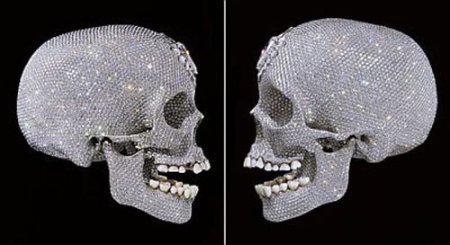 (Reuters) – A diamond-encrusted platinum skull by artist Damien Hirst has been sold to an investment group for the asking price of $100 million, a spokeswoman for Hirst’s London gallery White Cube said on Thursday. The skull, cast from a 35-year-old 18th century European man but retaining the original teeth, is coated with 8,601 diamonds, including a large pink diamond worth more than four million pounds in the center of its forehead.

“Damien Hirst has retained a participation in the work — he still owns a share of it — in order that he can oversee a global tour of the work that is currently being planned,” she added. The skull caused a sensation when it first went on display at an exhibition of new works by Hirst at the White Cube in central London on June 3 — not least because of its price tag.