Have a look at these amazing Ballpoint Pen Drawings by Paul Alexander Thornton, a fine artist, illustrator and pattern designer based in England. Everything he does begins as hand drawn work, often staying that way when it is finished. He loves ballpoint pens. His work is some of the best ballpoint pen action you will see and often his work has ink splashes and stains that add warmth, texture and life to many of his pieces. Thorton’s art has three particular obsessions: skulls, flowers, and ball point pen.

His YouTube videos detail the process behind his intricate, accomplished, and strangely dark drawings and paintings with his own music to accompany them.

Paul Alexander Thornton  documents the process of drawing and it is  so interesting, maybe even more interesting than the drawing itself. When he looks at a piece of art he likes to look at how it was made and imagine what the artist was thinking as they made the work. 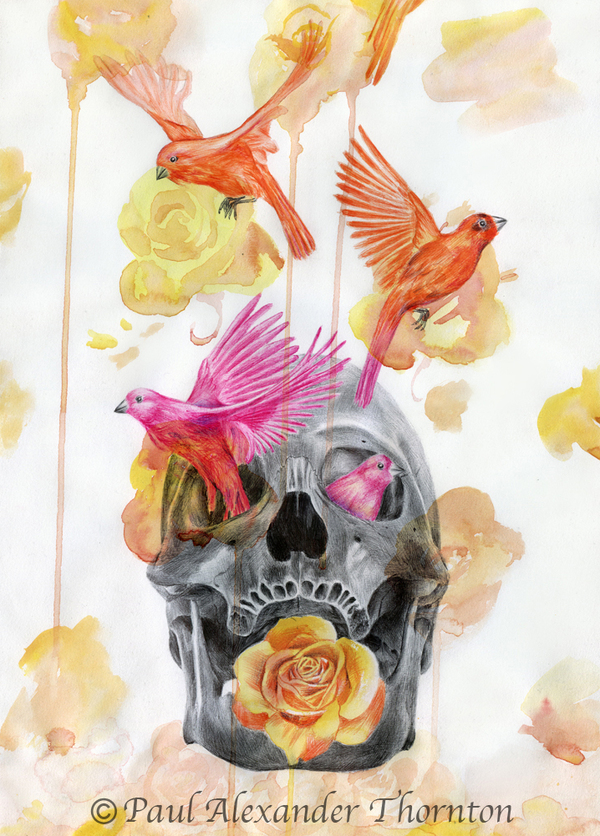 He found ballpoint pens to be the most practical medium choice. After always doodling wherever he went he got really good at shading and detailing with the pens. Later on when he got some space to draw and a chance to work big he thought why not just expand on what he is already doing and see how it comes out. It was a natural thing. As for skulls and flowers, he is an obsessive artist. He finds one thing and obsess over it, repeats it, elaborates on it and expands it. Once he has pushed it as far as it can go then he move on.

His portfolio tells that story as he find one thing and push it so far and then leave it behind, you can see he did portraits and then stopped and started up drawing abstract patterns, pushed it so far then moved onto flowers, then skulls. He will know its time to move on when I become bored. 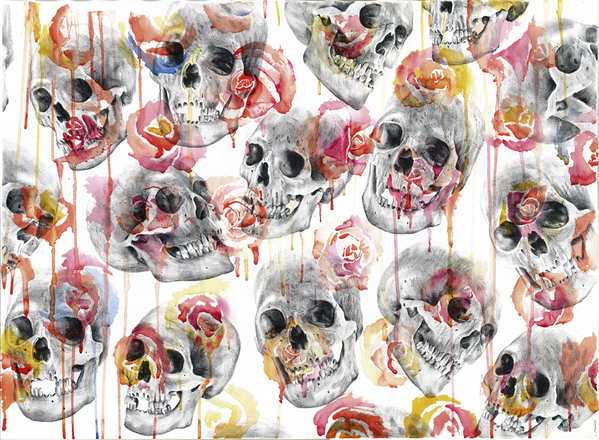 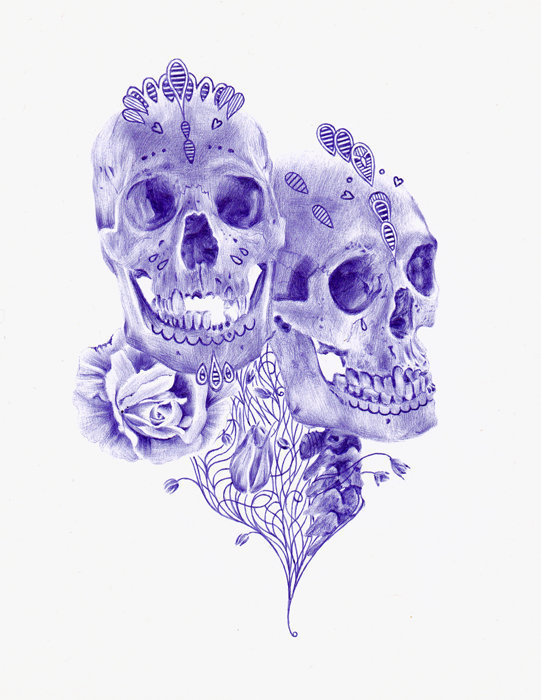 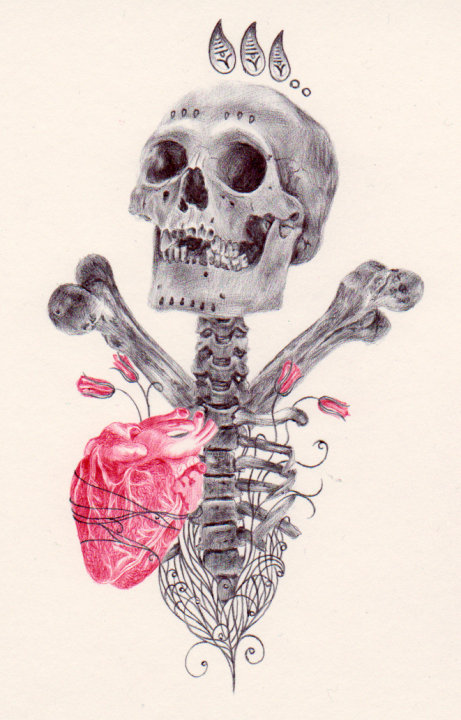 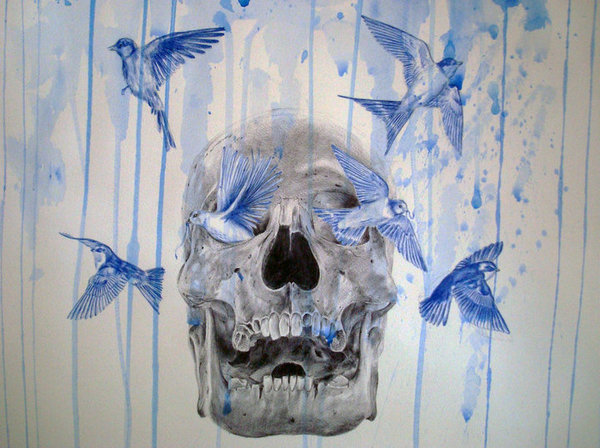 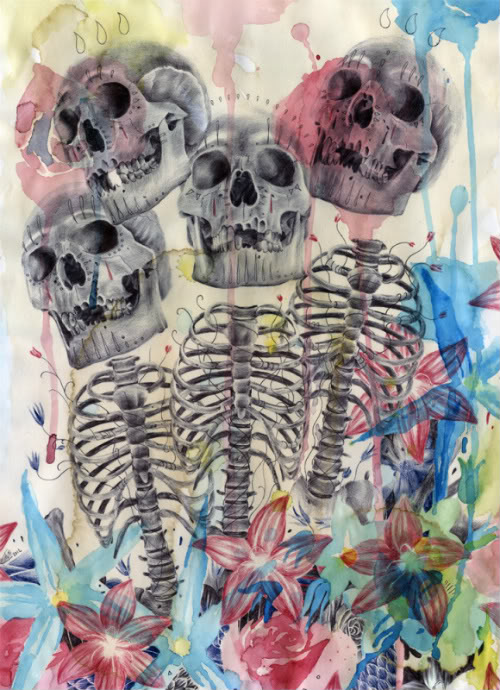 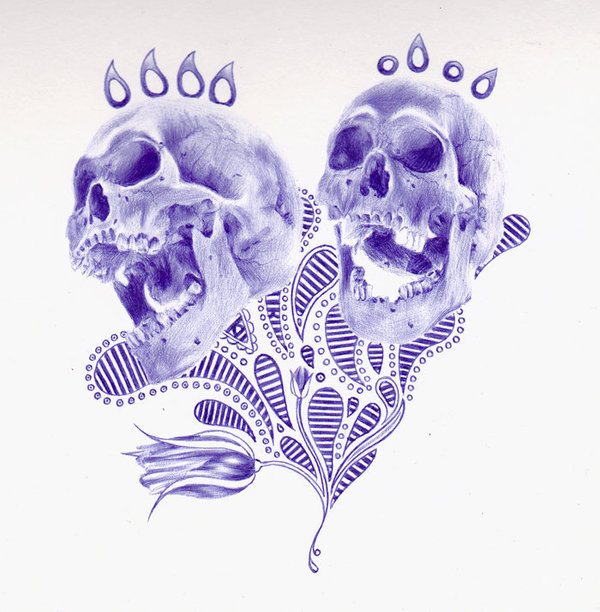 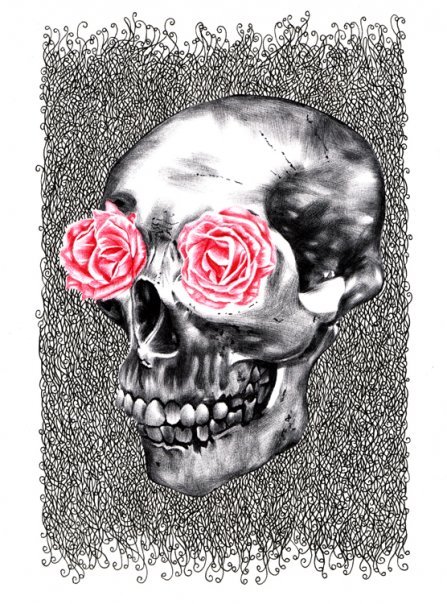 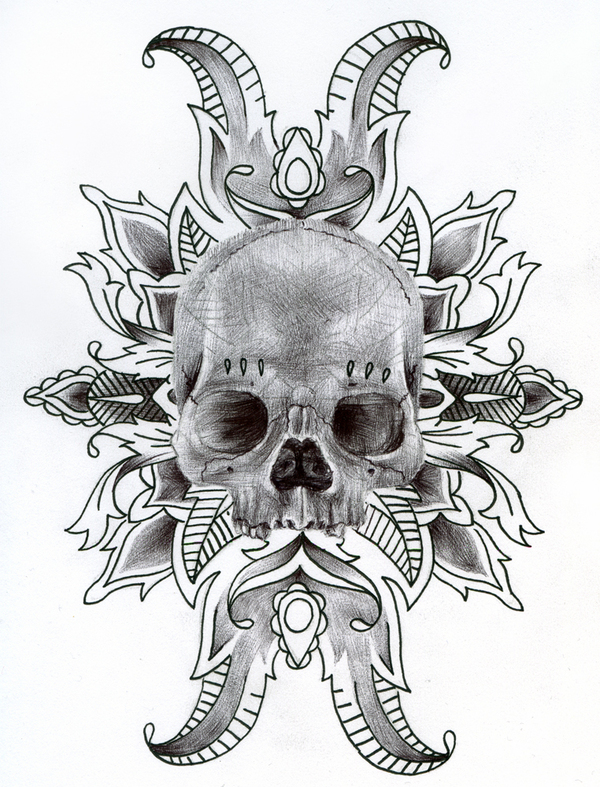 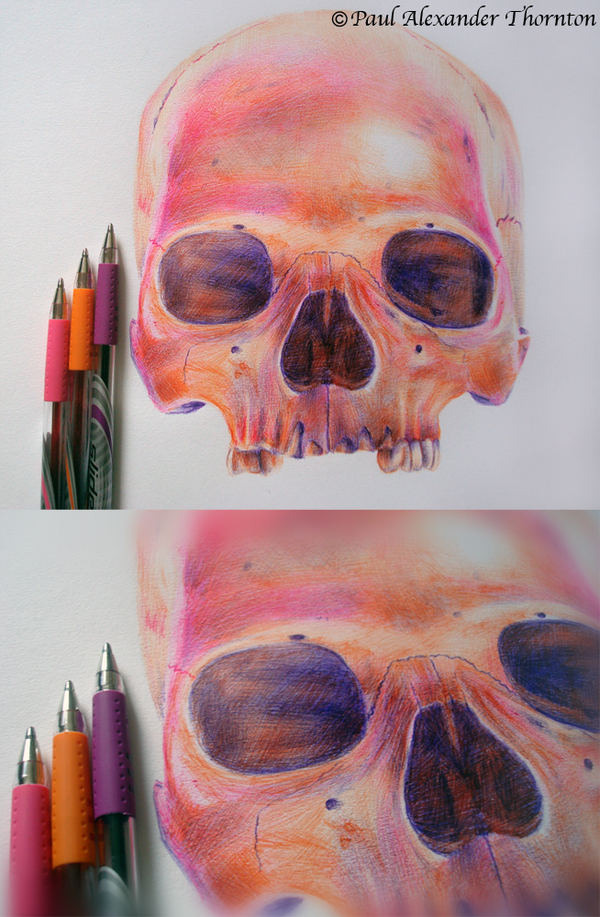