Have a look at these amazing and beautiful Skull tattoo flash designs by Tany Rose Smith, a tattoo flash artist, illustrator and photographer from Madrid, Spain.

A tattoo flash is a stereotypical tattoo design printed or drawn on paper or cardboard, and may be regarded as a species of industrial design. It is typically displayed on the walls of tattoo parlors and in binders to give walk-in customers ideas for tattoos. Most traditional tattoo flash was designed for rapid tattooing and used in “street shops”, tattoo shops that handle a large volume of generic tattoos. Flash is either drawn by the individual tattooer for display and use in his own studio, or traded and sold among other tattooers. Hand-drawn, local tattoo flash was largely replaced by professional “flash artists” who produced prints of copyrighted flash and sold them at conventions or through the Internet. By the turn of the new century, most tattoo studios have become custom shops with the flash serving as more of a reference for ideas. Most designs are created by the tattoo artist from an idea brought in by the customer. Once again, tattoo flash is being produced by the individual tattooers for display in their own studios and to be traded or sold to other tattooers. There is no standard size for tattoo flash, but it is commonly found on 11×14 inch prints in North America, and at A3 paper size in Europe. Tattoo flash may or may not come with an outline, also known as a line drawing. This outline is typically printed on a separate sheet. This is convenient for the tattoo artist, who would otherwise have to draw the linework for themselves. 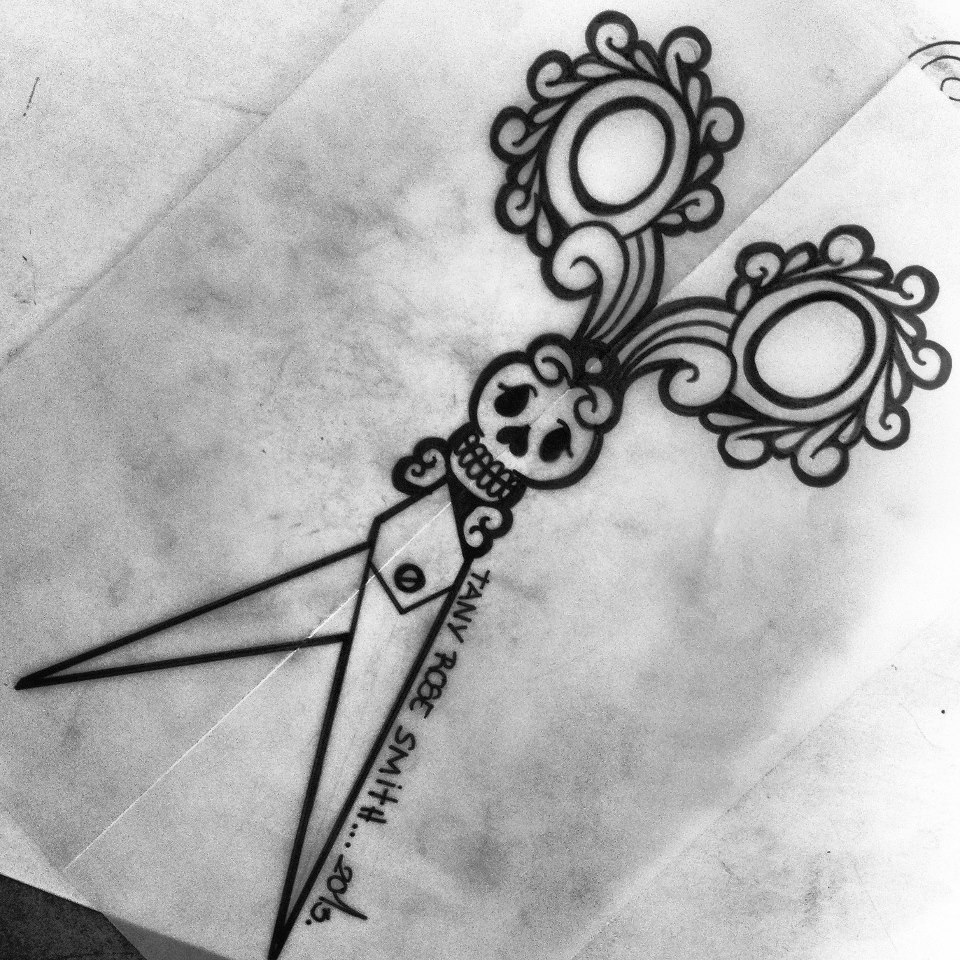 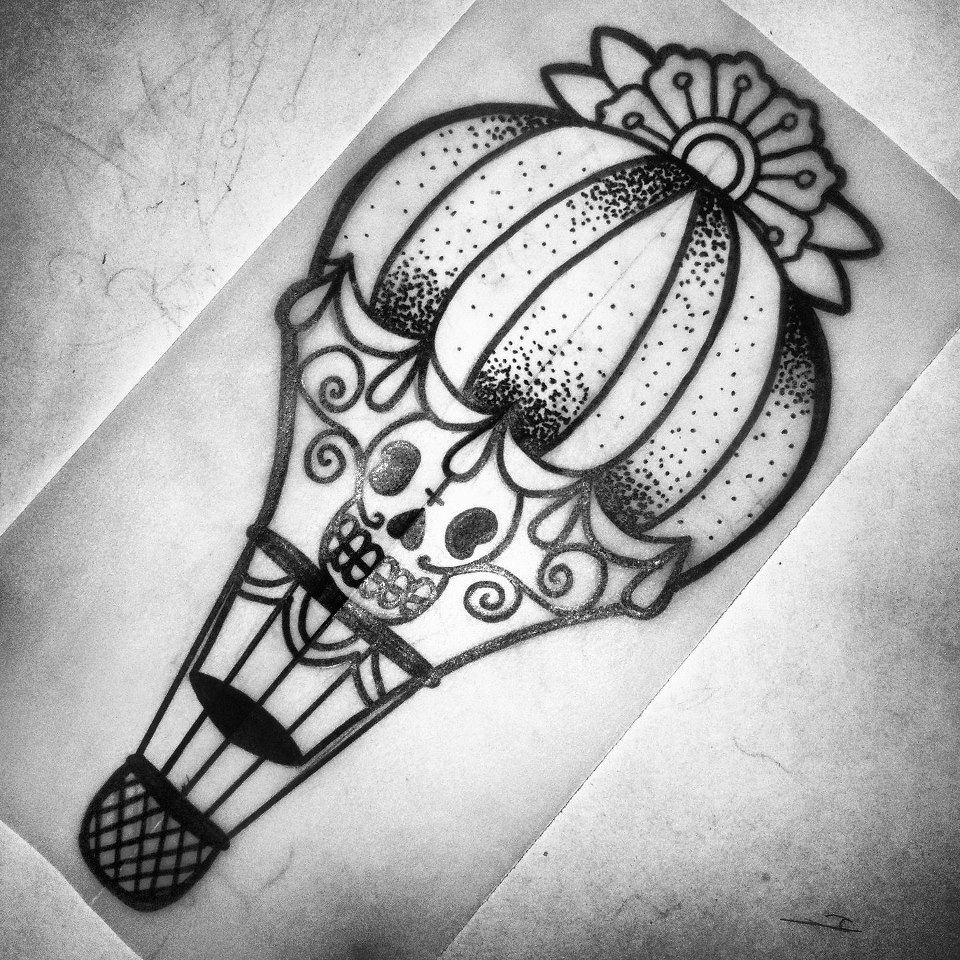 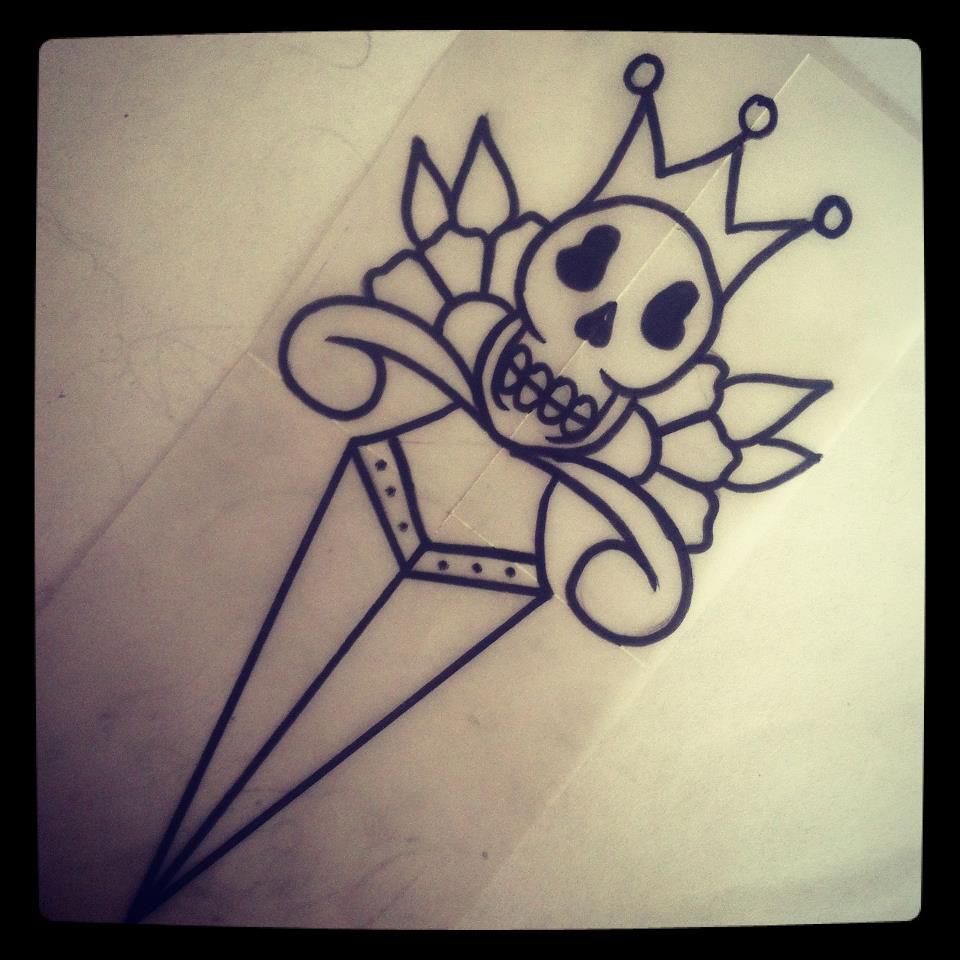 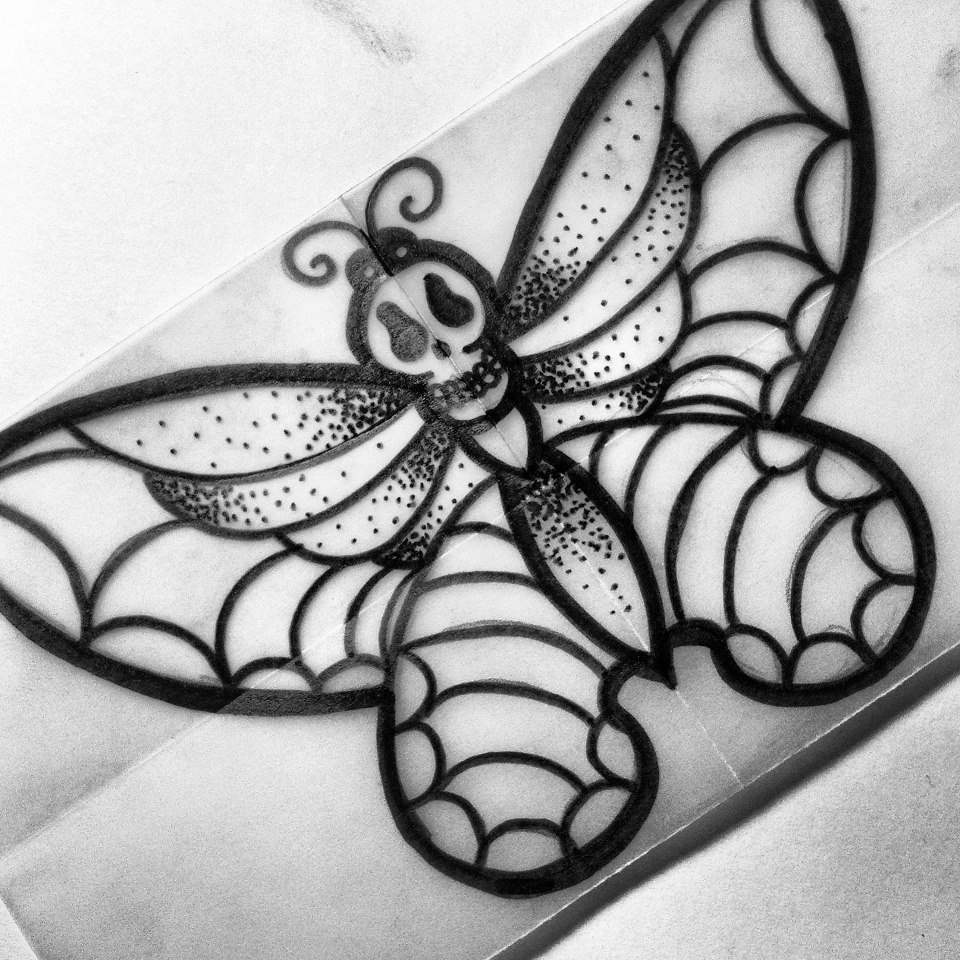 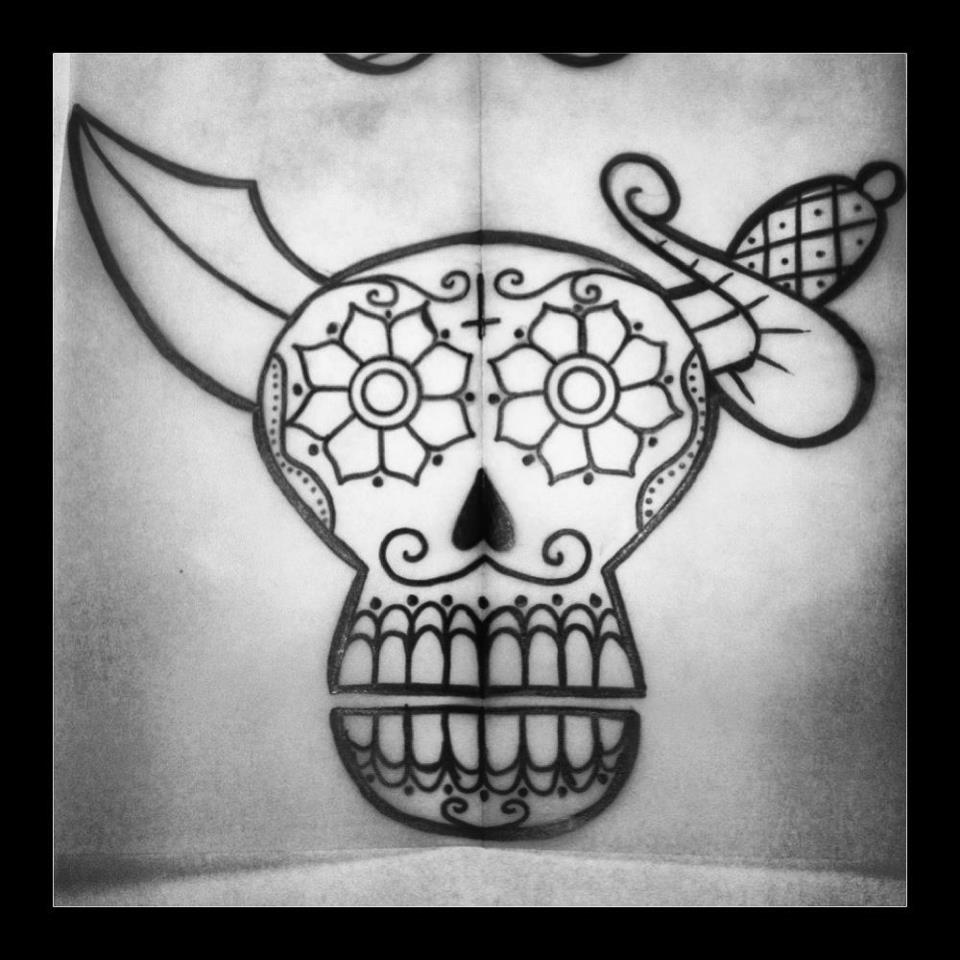