The Chemical Brothers “Hey Boy Hey Girl”  is one of my favorites videoclips.

In the late nineties The Chemical Brothers released a spectacular music video of their track “Hey Boy Hey Girl”. A young girl seemingly obsessed by skeletons and by death, is dealt a traumatic blow after a bully of a classmate spits in her textbook depicting the human anatomy and causes her to trip and fall inside the museum and break her wrist. At the hospital, she gets an X-ray of her hand. Then when brushing her teeth she sees herself as a skeleton.

When she is an adult she sees skeletons in everyone. That’s all she really sees in anybody: Rotting human corpses just flailing around in a bathroom stall while having sex or simply busting a move on the dance floor. In the end, she flees the club, with the appearance of resigning herself to seeing skeletons on a regular basis, considering that’s what she, and all of us, will one day be anyway. 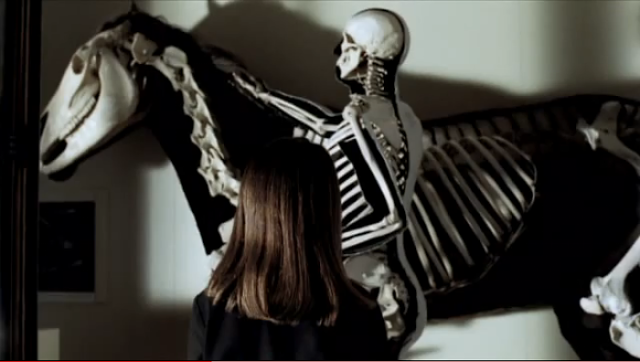 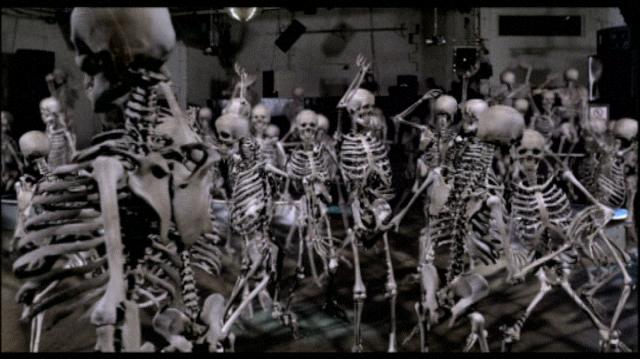 Clever Ways to Display Your Fascination for Skulls