Skull Victory Over Ignorance by Magnus Gjoen is a stunning limited edition giclee print features Sebastiano Ricci’s Allegory Of France As Minerva Or Wisdom Who Treads Ignorance Underfoot and Crowns Martial Virtue. To create this image Magnus first built a virtual 3D base outlining it in illustrator, and then meticulously shadowing and highlighting in Photoshop. Sebastiano Ricci’s Allegory Of France has then been carefully “molded” to fit the base. 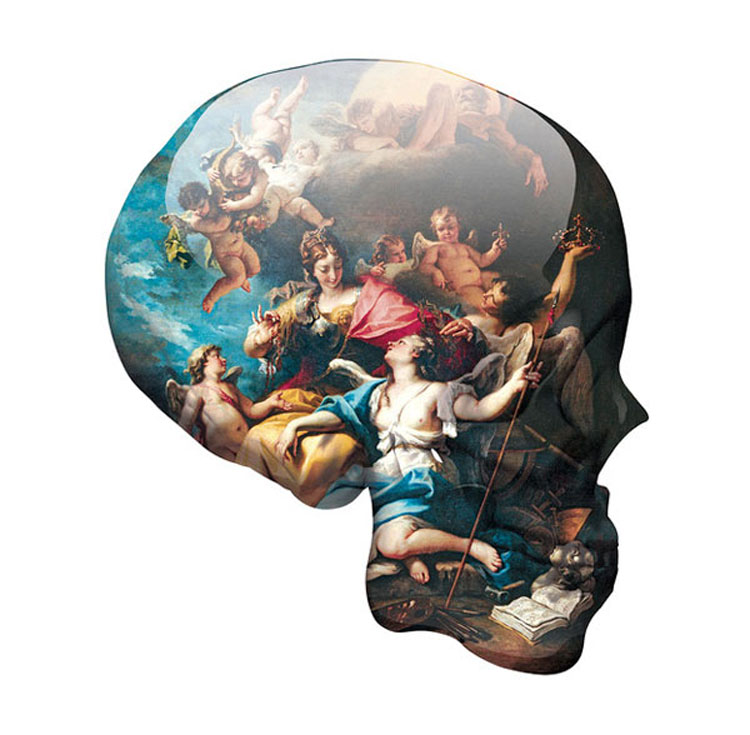 Magnus Gjoen likes to look at and change people’s preconceived notions of objects and beauty. Much of his art takes something potentially extremely destructive and transforms it into an elegant and fragile object worthy of contemplation and admiration. His fine art prints combine decorative appeal and destruction, fragility and strength. Taking inspiration from street and pop art and juxtapositioning it with fine art, he creates new and modern takes on old masterpieces or manipulates something powerful and strong into something fragile but beautiful. Magnus Gjoen is Norwegian born in London. He studied design in London and Milan and works as a graphic designer for Vivienne Westwood.

Kissing death and losing my breath