Skull Street Art by Boa Mistura, a Spanish art collective composed of five self-described ‘graffiti rockers’. They focus largely on graffiti and community  building with a mission of giving the world its color back. 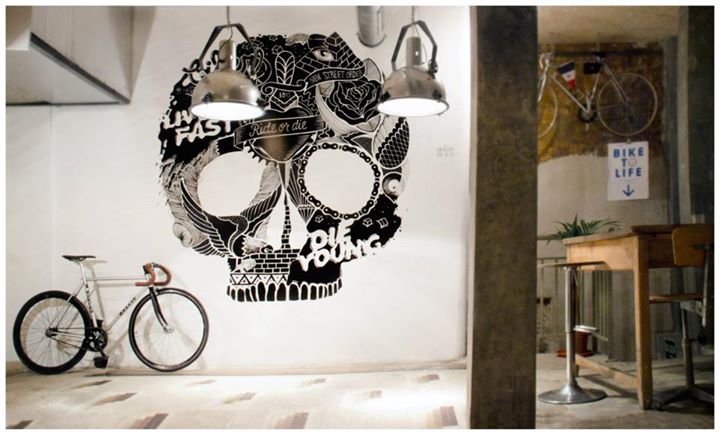 “The work of Boa Mistura is all about the love of graffiti, color and life. This group of five Spanish artists is, as the name says, a good mixture. Arkoh, Derko, Pahg, Purone and Rdick have developed their work in different fields, applying both a diversity of styles and the different views of each member. From graffiti and mural painting, to graphic design and illustration, Boa Mistura want to give the world its color back. 5 heads, 10 hands, just one heart.” 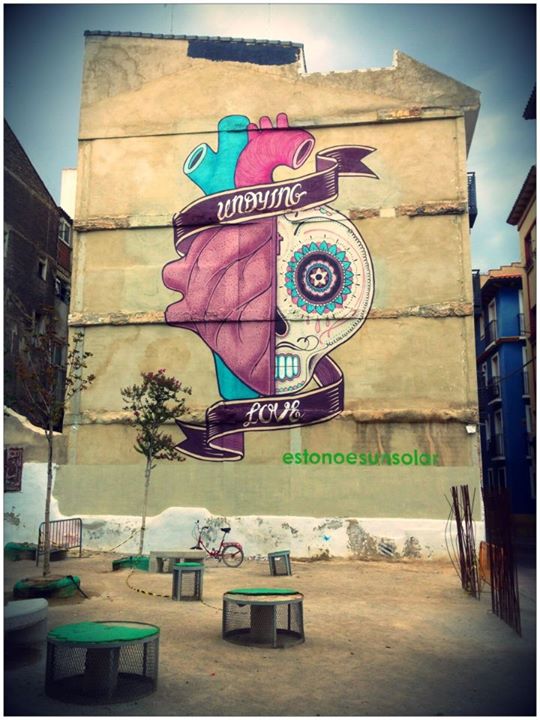 Boa Mistura sees their graffiti as an intervention. Since their inception, the group has had a variety of public art projects, that they call “interceptions” across the globe.

“We are five friends who kept doing what they like the most and working hard until today, fulfilling their dream of living out of it.” 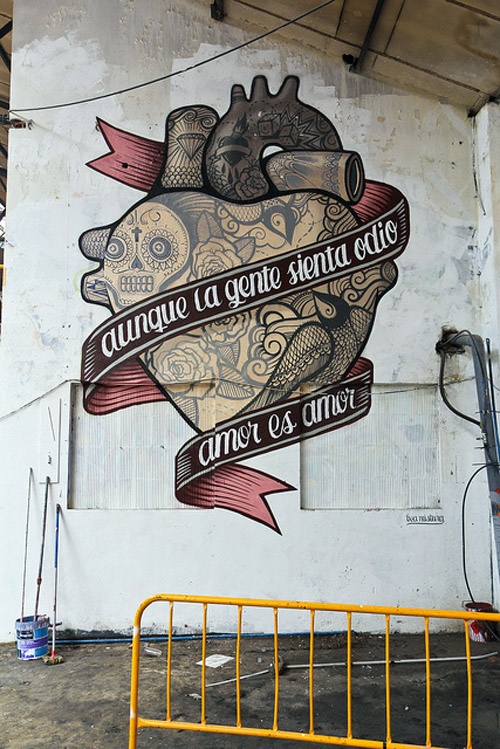 Go check out Boa Mistura work today and get inspired!