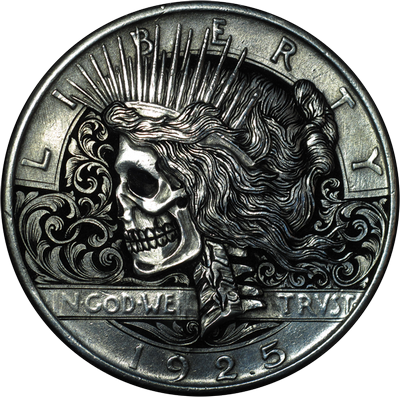 The hobo nickel is a sculptural art form involving the creative modification of small-denomination coins. The nickel, because of its size, thickness, and relative softness, was a favored coin for this purpose. 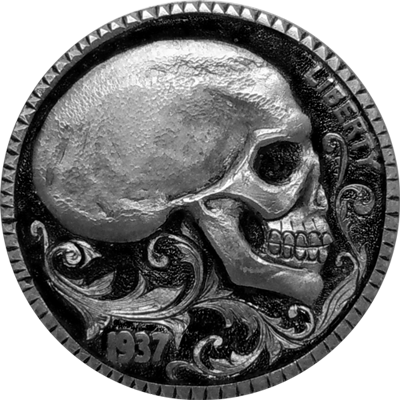 Due to its low cost and portability, this medium was particularly popular among hobos, hence the name. 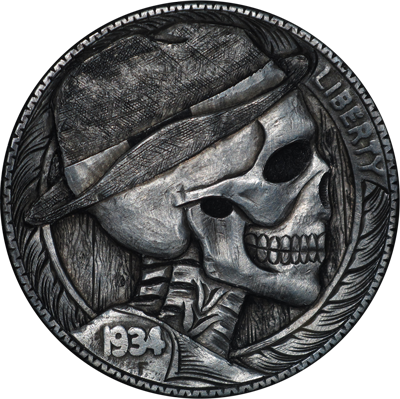 Hobo nickels are one of the great American folk art forms. Engraving designs into coins has been a part of American culture since the 1700s. 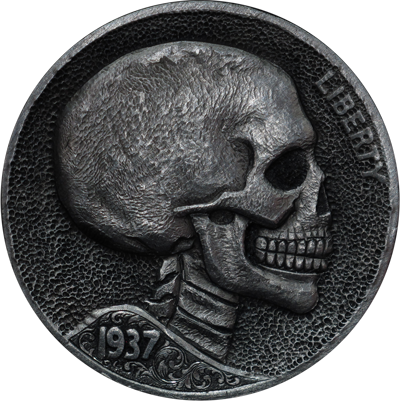 Coin carving took on a new life as the Great Depression took its toll on America in the early 20th century. With so many Americans out of work, both fledgling and experienced artists embellished nickels in order to survive. These hobo nickels were often used to pay for food and lodging. 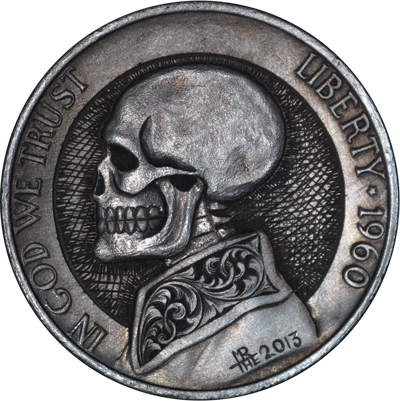 The art was imaginative and represented an important time in America’s history. After the Depression, many talented artists continued perfecting their craft which is still practiced today. 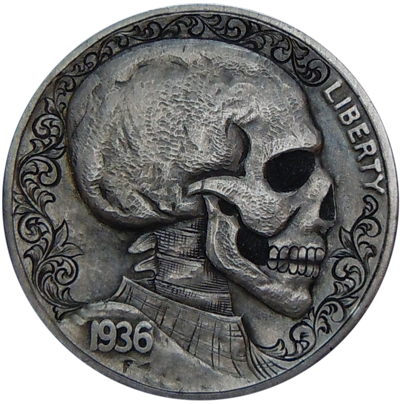