This skull arm tattoo was made by Kuba Świątek. Kuba is a tattoo artist from Poland. 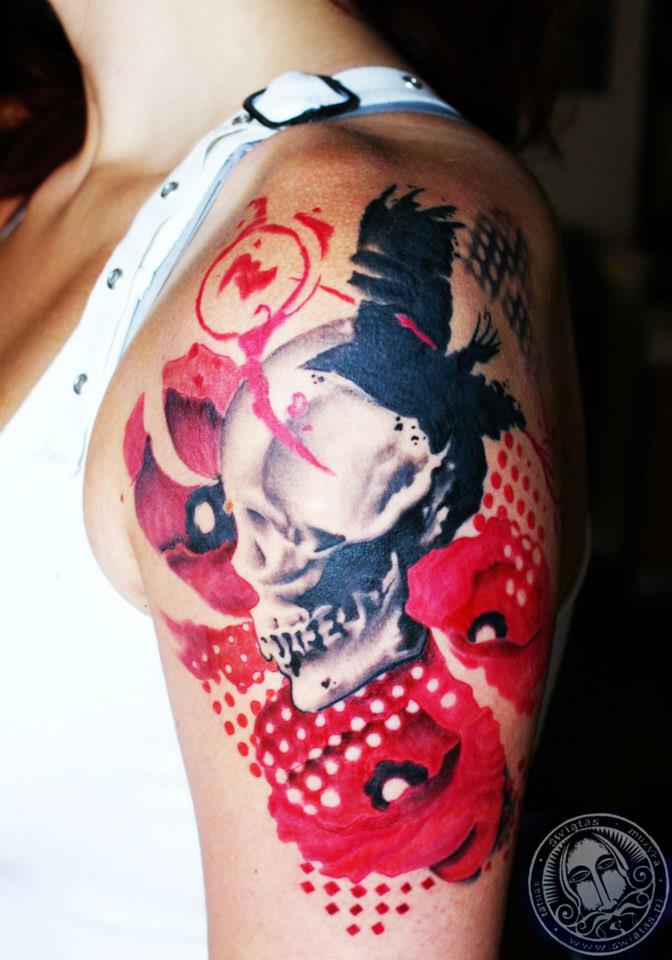 Over the course of history, one of the enduring tattoo designs is the skull. As a reflection of the line between life and death, skulls can bear a lot of meaning. It’s these meanings that make the skull such a lasting tattoo design. Skulls can mean different things to different people. But the first meaning that comes to mind is death. Historically, the skull is the symbol of death. This is probably because often times, when life leaves a person, the only thing that’s left is the bones, with the most prominent one being the skull. As such, people often have the tattoo of the skull to remind themselves that death is just around the corner, ready to take them at a moment’s notice.

Related to danger, the skull can also have a different interpretation for others. While some may associate skull with death itself, others associate it with both danger and defiance. Some people live by the creed of living life no matter what risks lie ahead. Sometimes, the dangers and risks can lead to death or a fate almost similar to it, but people get inked to remind themselves that these risks must be met head-on and without any trace of fear. Often times, getting a skull tattoo is more than just a recognition of mortality. Often times, it can also be a way to show inner toughness.

Traditionally, skulls usually mean the celebration of death and mortality. But over the years, it’s now being tattooed as a celebration of a life that went away. There used to be a time that skulls have to be drawn in black for that grave, gloomy effect. But there’s a trend nowadays of colorful skulls being inked. The reasoning behind adding color and joy to a skull portrait is often attributed to celebrating how a deceased special someone brought color to the life of the one being tattooed.