River of Skulls from Twisted Oak is a frightfully delicious bottle of wine. In 1805, Lieutenant Gabriel Moraga was ordered by the Spanish Governor of California to explore the Great Central Valley and to (re)name everything he found. One day he came across a river the banks of which were littered with skulls. No one knows how the skulls came to be there. Perhaps an ancient battle. Or perhaps a really great party gone horribly wrong. Moraga being a true master of the obvious, named this river “El Rio De Las Calaveras” or in english, “The River of Skulls.”

River of Skulls is a red wine made of mourvèdre with full fruity flavors of blackberries and dark cherries with spice. 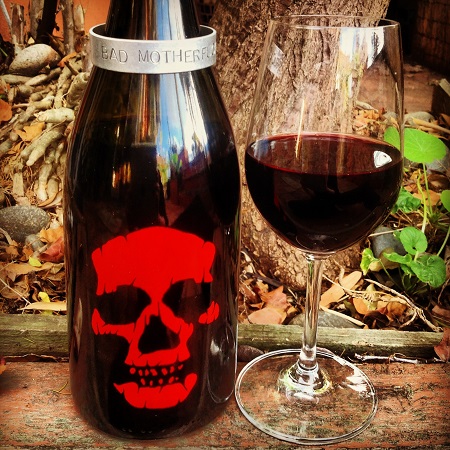 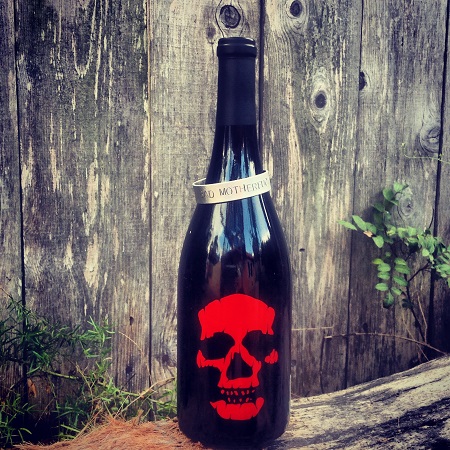 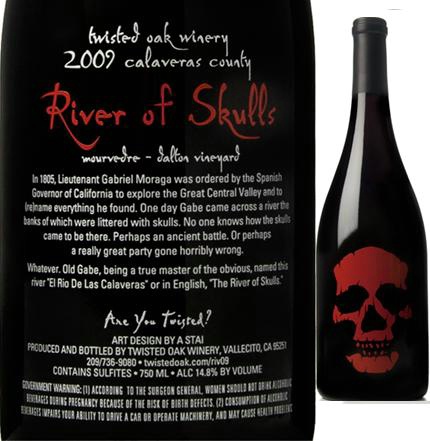