Double Barrel by Damian Fulton is oil on canvas. Fascinated with the relentless love/hate experience comes with living with one foot in the city and one foot in the sea, Los Angeles-based artist Damian Fulton creates a uniquely original “Urban Surf” vision instantly relatable to those persevering in today’s over stimulated, pop-industrialized world. Influenced by Norman Rockwell and Rick Griffin among others, Fulton’s imaginative blend of storytelling, scrambled pop imagery, and painterly technique belie a respect for traditions of the past. Fulton launched his art career as a cartoonist and illustrator for Surfer Publications and painted surf posters for Ocean Pacific. After doing time at Ogilvy and Mather Advertising in Los Angeles as Senior Partner Creative Director, and Marvel Productions as VP Head of Creative Development, he’s returned to his first love with a vengeance. 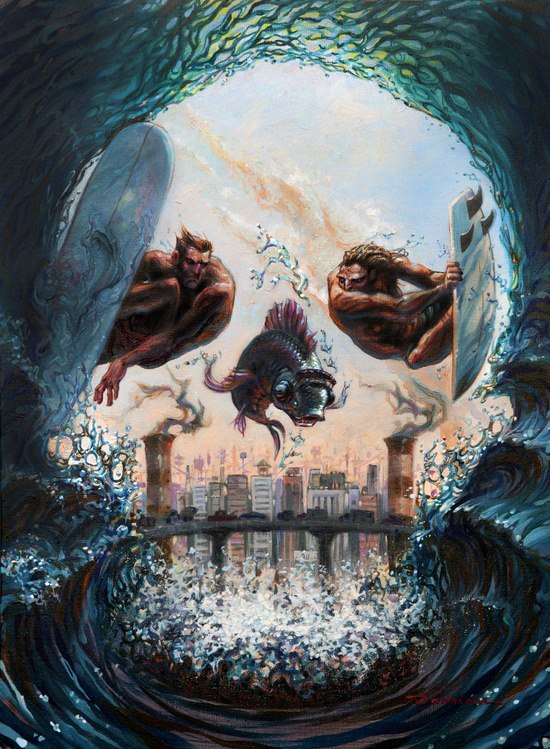