“What a strange illusion it is to suppose that beauty is goodness! A beautiful woman utters absurdities: we listen, and we hear not the absurdities but wise thoughts” ~  Leo Nikolaevich Tolstoy.

It means he doesn’t see why so many people assume that just because someone is beautiful, they’ll also be a good person. 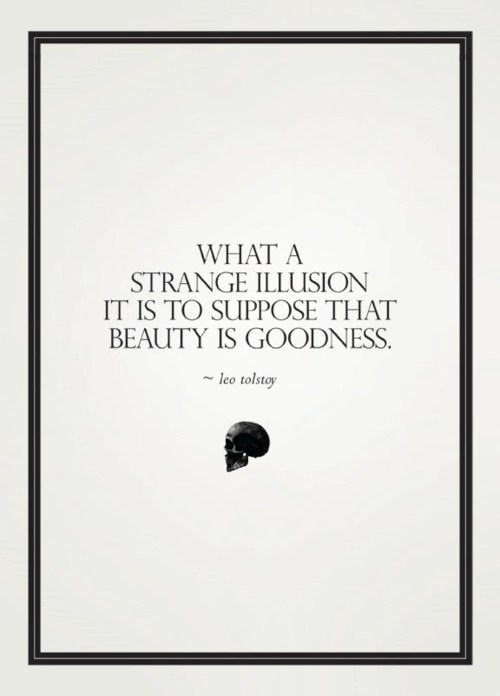 Leo Nikolaevich Tolstoy was a Russian writer who wrote novels and short stories. Later in life, he also wrote plays and essays. Tolstoy is equally known for his complicated and paradoxical persona and for his extreme moralistic and ascetic views, which he adopted after a moral crisis and spiritual awakening in the 1870s, after which he also became noted as a moral thinker and social reformer.