Valdaro Lovers are a pair of human skeletons discovered by archaeologists at a Neolithic tomb near Mantova, Italy, in 2007, just 25 miles south of Verona, the city where Shakespeare set the star-crossed tale of Romeo and Juliet. 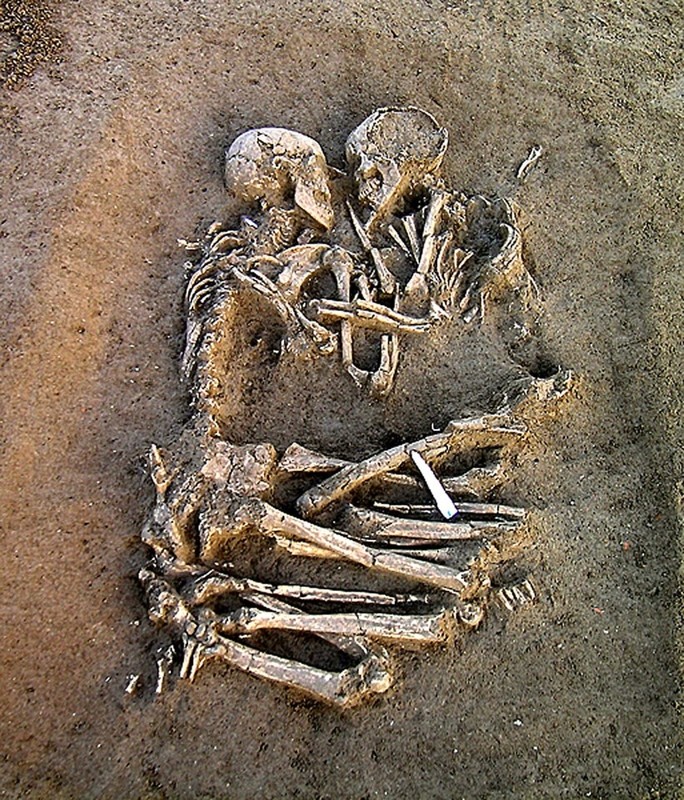 The two skeletons appear to have died or were interred facing each other with arms around each other, thus reminiscent of a “lovers’ embrace”. Scientists believe that the pair is a man and woman no older than 20 years old and approximately 5’2″ in height. They were removed from the ground intact and sent to Musei Civici in Como where they are undergoing analysis.