The Mariachi Ghost fuses traditional Mexican song, progressive rock, and a flair for the dramatic. The band was formed in 2009, based on a graphic novel that lead-singer Jorge Requena was writing at the time. The band called themselves The Mariachi Ghost, after a character in that graphic novel. Seven musicians interweave diverse genres and rhythms to create a soundscape that is dramatic, haunting, and explosive. They’re joined on stage by dancer and band-mate Alexandra Garrido, who acts as a conduit of the music, expertly assuming its auras of sorrow, reflection, and rage. The result is a rich mixture infused with contemporary dance; a ballet for the dead. 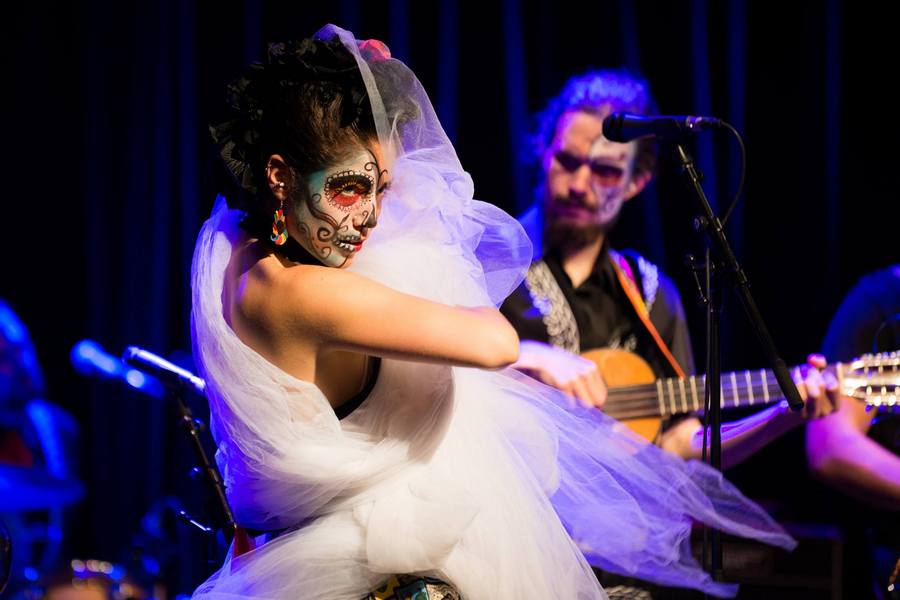 We felt like we needed to share a bit of Mexican culture so we can honor the music that inspired the band.

Flamboyant costumes, ghoulish makeup and electric riffs make this band a spectacle all of their own. The band released their debut album in November 2013, which has reached radio stations in France, the Netherlands, Australia, and Mexico, while also making its way through the college charts in Canada. They won the award for “Best World Music Album” at the 2014 Western Canadian Music Awards. 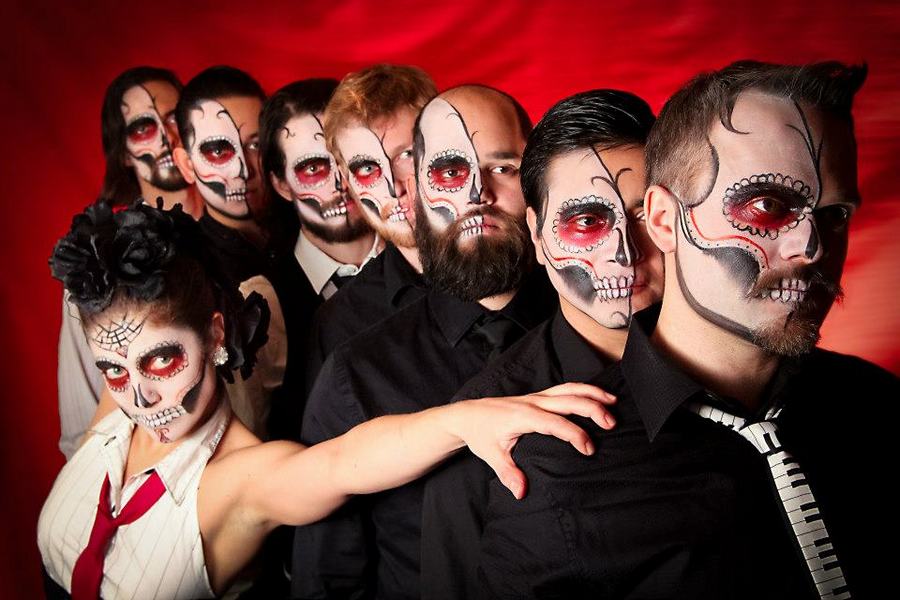 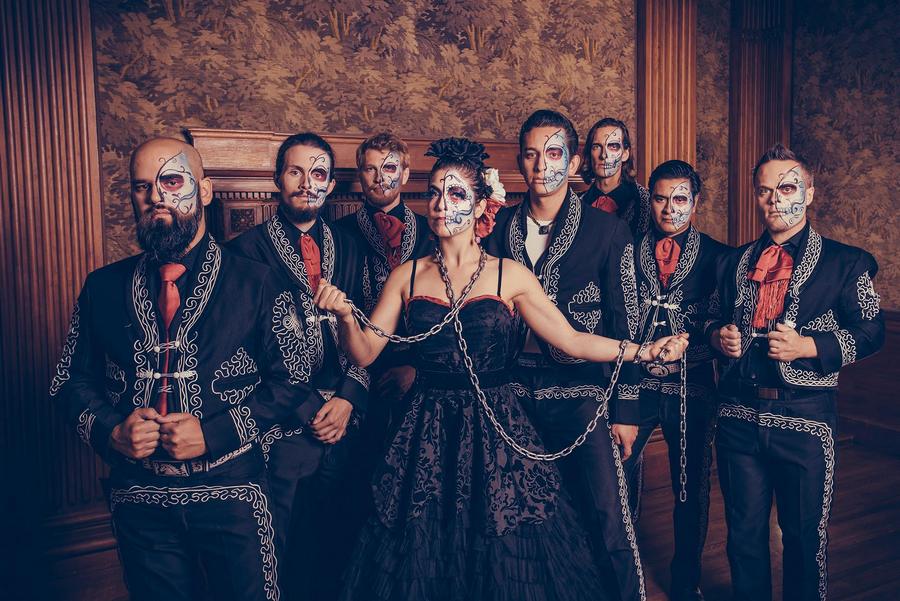