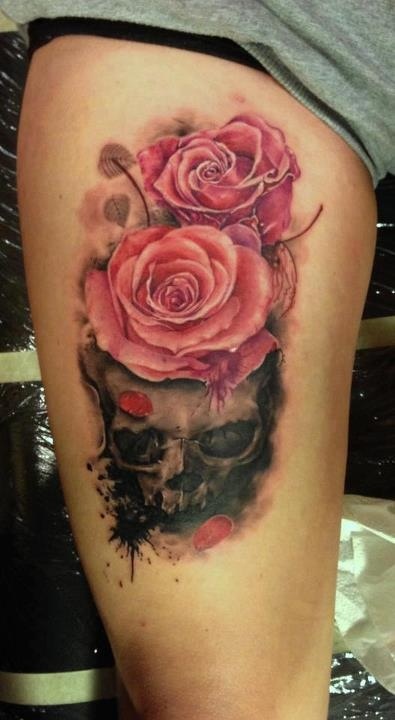 It can be difficult for people to accept the popularity of skull tattoos when they mean such dark and depressing things, but the fact is that skull tattoos often have a very positive or motivating meaning. Skull tattoos remind people to experience obstacles and hardships, to take chances and be their best. People who choose these tattoos want to remember that their mortal life is meaningless in comparison to the wonders and glory that await them after death. In the Kabbalah belief system, the skull represents rebirth and is a time for celebration, not sadness, sorrow, and mourning.

Rose tattoo designs are so frequently tattooed with skulls, to represent the contrast between life and death or beauty and decay.  It is this symbol of duality that brings to mind the everlasting struggle between good and evil, beauty and ugliness, and the belief that from death comes life.