Today we want to show you amazing skull sculptures by Mikael Alacoque. Small dogs are usually cute and cuddly, but the talented Mikael Alacoque has made them terrifying and unsettling in these featured works. His sculptural series entitled ‘Bad Babysitter’ features a dog with a skull for a head and the body of a tiny canine. The dog has ice cream cones stuck on the top of its head. 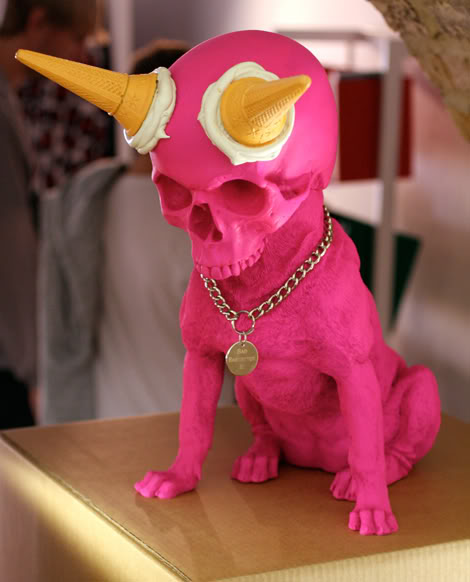 Mikael’s works subvert the iconography of the public monument. His bastardizations of familiar objects initially strike the viewer as playful, irreverent pieces. But on closer inspection they reveal more unsettling meanings. The noble posture and impressive symbolism that characterizes public sculpture is examined, exposed and challenged, producing a bizarre new aspect. 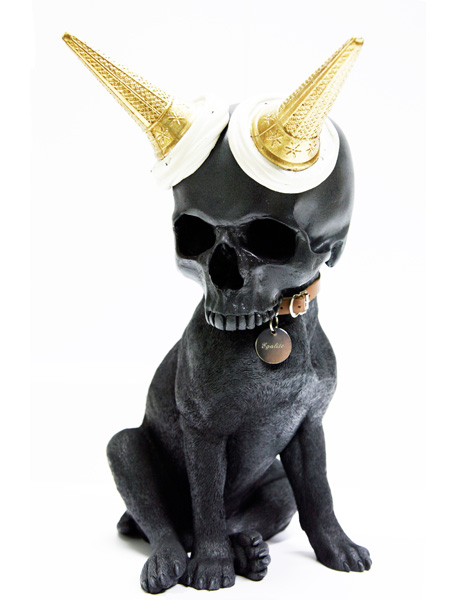 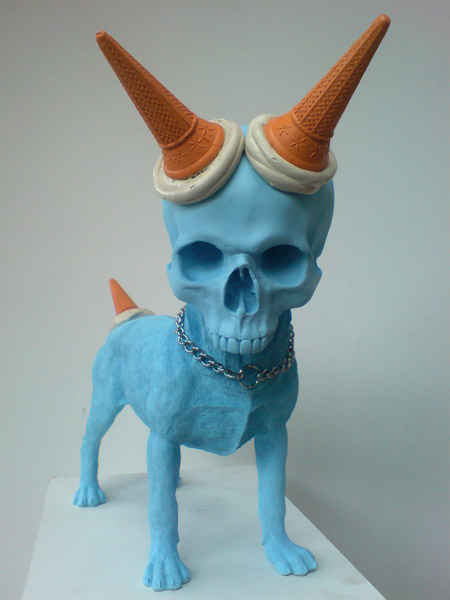