Skull illustration by Alberto Seveso, a graphic designer and illustrator from Italy. He is known for his unusual technique called “sperm shaping“, which basically represents mixing colorful vector with photos. 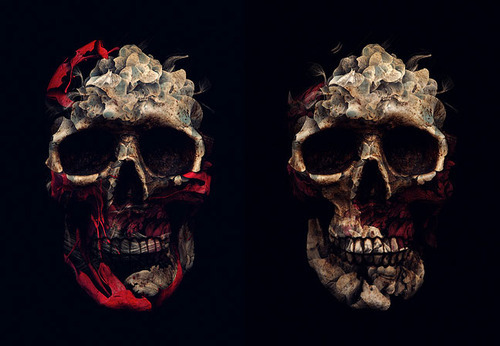 He has created amazing designs for sonorous names such as Bacardi, ESPN Magazine, Playboy Magazine, has designed the packaging of Adobe Photoshop CS6 Extended and is internationally appreciated for his unique artistic style. Alberto has declared that his initial design inspiration came from skate decks and CD covers from metal bands, but has since then drawn ideas from the likes of Dave Mckean and Alessander Bavari. Nevertheless, his graphic design skills are unparalleled. 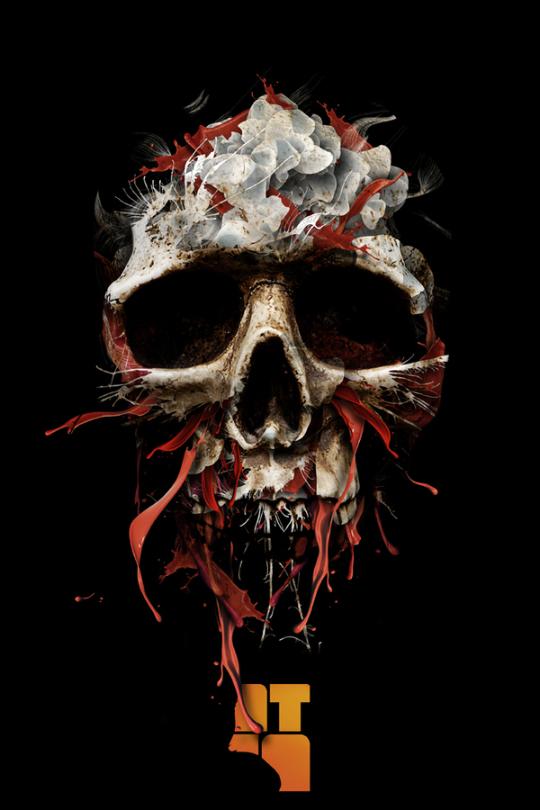 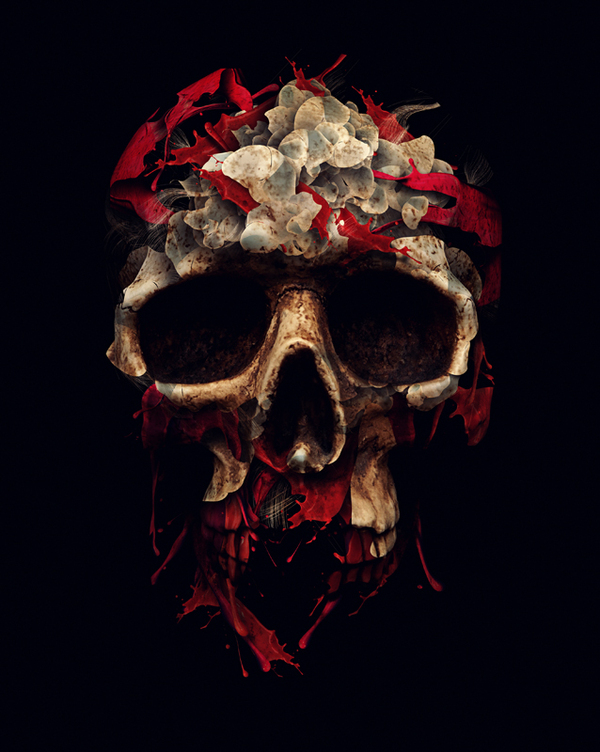