Skull by Part2ism in the One Foot in the Grove exhibition of street art by ‘Mutate Britain’ under the Westway flyover, London. Part2ism is a British graffiti pioneer and music producer who practices the concept ‘Part2ism’ which he realized and continues to develop. His work concentrates on disposable graffiti interventions constructed from discarded pieces of cardboard repossessed from the streets. They are designed to modify our city environments & daytime pedestrian streets to create the original shock value. 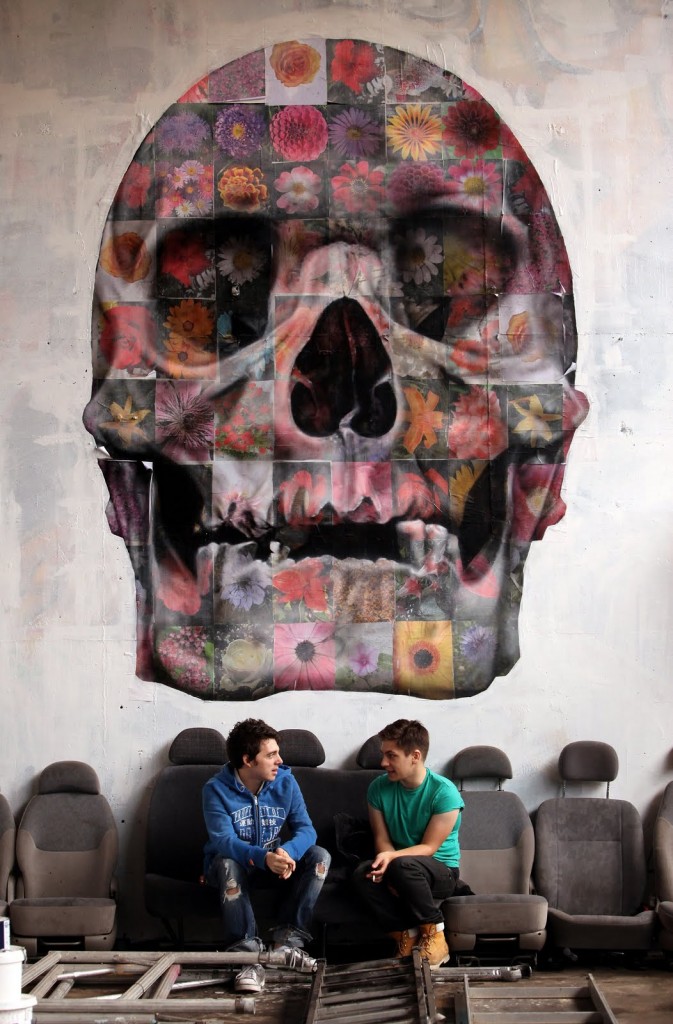