Mr. Jones Last Laugh Watch, the watch that has teeth instead of hands to read time. The upper row of the skull’s teeth show  the hours and the bottom teeth display the minutes, while the eyes and nose are mirrored for an extra cool factor. 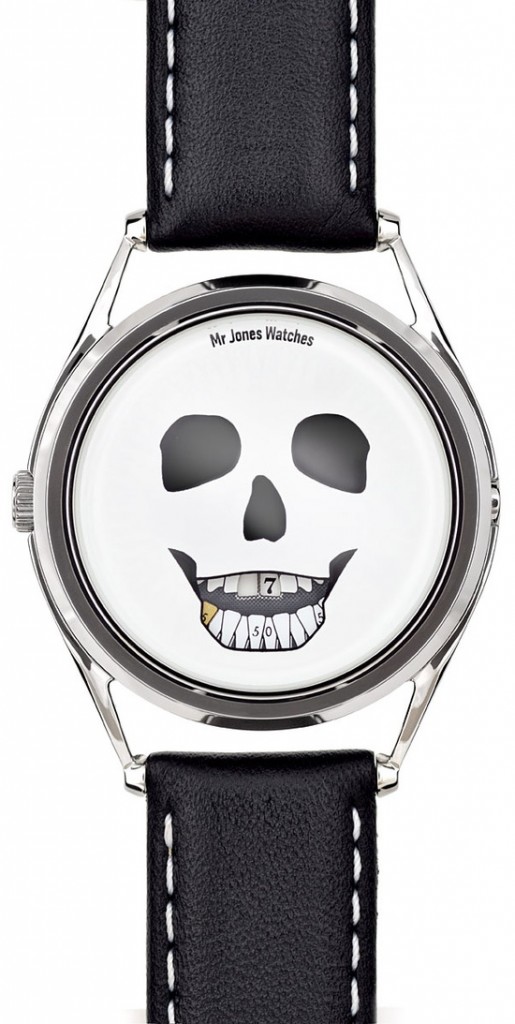 This watch forgoes the customary hour and minute hands, instead the time is displayed on a skull’s teeth. The upper row of teeth show the hours and the lower show the minutes. The eyes and the nose are mirrored and the overall impression is of a gleefully absurd memento mori – an object intended to remind us that life is brief.

Mr. Jones Last Laugh Watch now use an automatic mechanical watch movement, so you won’t ever need to have the battery changed. Indeed you won’t even need to remember to wind it – the mechanism uses the motion of your wrist to keep the watch wound! 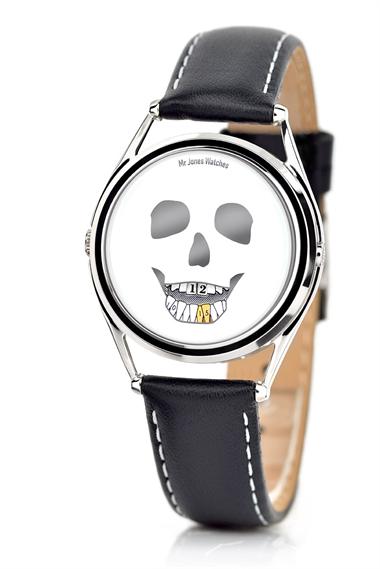 Founded by London-based designer Crispin Jones in 2007, Mr Jones Watches aims to create and produce watches that do more than just tell the time. A masters Degree from the Royal College of Art combined with a history designing for companies including Casio Research and Phillips Design has influenced the way Crispin approached his designs. To achieve the intricate and playful designs in the collection, Mr Jones Watches uses a series of rotating disks layed on top of each other. The idea, usually used in the design of children’s watches, allows for intricate illustrations and more experimental layouts; whilst still showing the time.