“The March 11th earthquake and tsunami had a traumatic effect on Japan. Issues of life and death, hope and despair, beauty and tragedy became an all too real part of people’s everyday lives,” says the agency, reflecting on how to communicate the funeral home’s new role of remembering and celebrating the beauty of a lost person’s life.

Creative director Mari Nishimura decided to create a real-size human skeleton made from pressed flowers. The striking image is both beautiful, as well as celebratory, expressing through flowers what remains after death.

They wanted to create an unconventional poster for funeral service. They expressed what remains after death – human bones – with pressed flowers. They rolled out the campaigns at venues for funeral consulting services and areas near the client’s business locations. Consumers were able to have a new perspective on funerals. 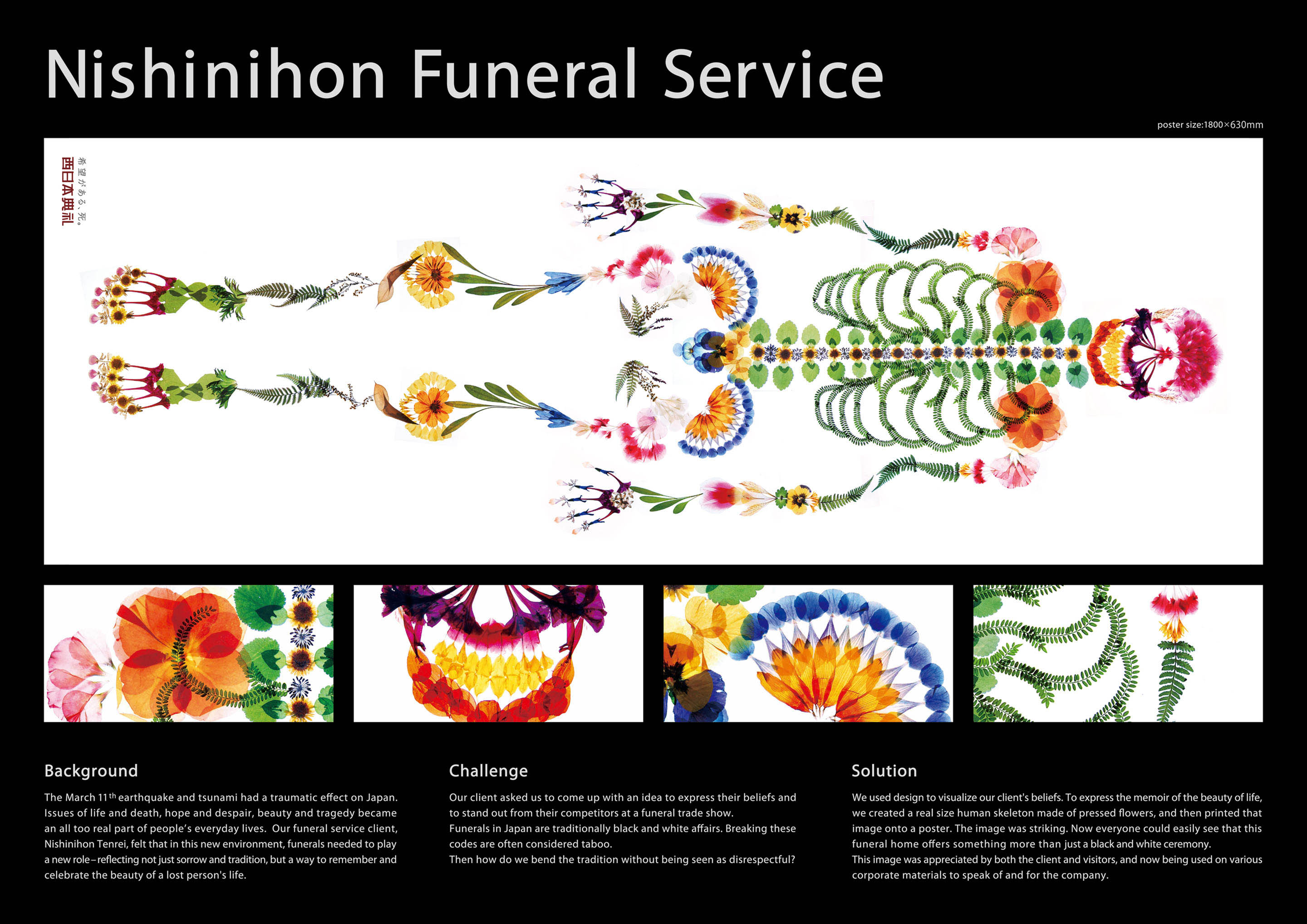