Yesterday I accidentally found a picture of my perfect Barbie! Dolls in this picture are Kelly Eden’s Barbie Dolls. The Skeleton Barbie is my favorite! By the way I found out some interesting information about the owner of these dolls. 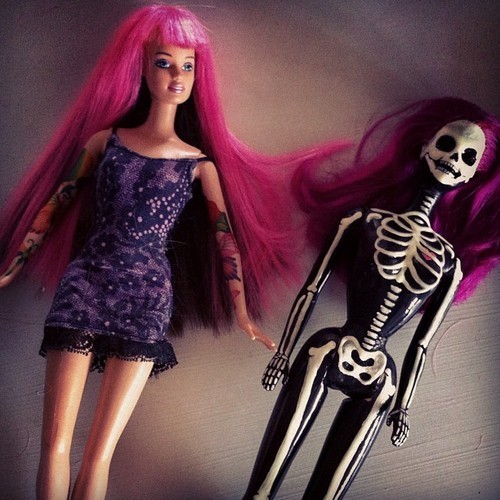 Kelly Eden is an alternative model, fine artist, and tattoo artist from the metropolitan Denver area. Accepted into the prestigious Denver School of Arts in high school, she graduated with an arts-endorsed diploma. Immediately after high school she took on an apprenticeship with a tattoo shop and one year later she became a licensed tattoo artist. During Kelly’s employment at the tattoo shop, she was discovered by a series of photographers who were instrumental in introducing her to the modeling industry. 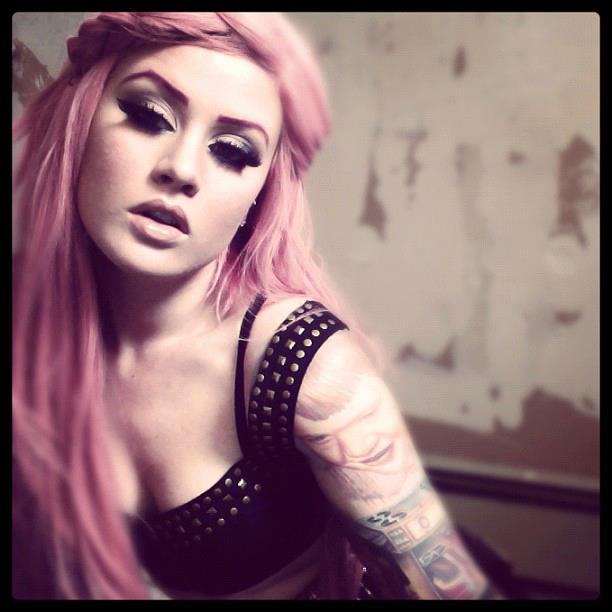 Within the short span of 5 months, she was able to expand her modeling career to new limits. Specializing in high fashion, runway, glamour  fetish, pinup, and other forms of alternative modeling, Kelly Eden has become a multifaceted talent in the industry, as versatile as she is accomplished.

If you want to see a lot of her amazing pictures, take a look on these sites: