Part German part Russian, Jesse Lee Denning is as mentally stimulating as she is strikingly beautiful. She was born and raised in the West Village in New York City. Jesse works in PR & Marketing for an Architecture Firm and has both an undergraduate and MA in Art History from NYU. When she has the time she also scouts new artists and freelance curates art shows. But when she’s really taking time off you can catch Jesse dancing, enjoying concerts, art collecting or hanging out with her cat, 3 dogs and her boyfriend who is the guitarist from famed band From Autumn to Ashes. Though she doesn’t see herself as a model or aspires to take on a modelling career Jesse can be seen gracing many Tattoo magazine Covers across the world. 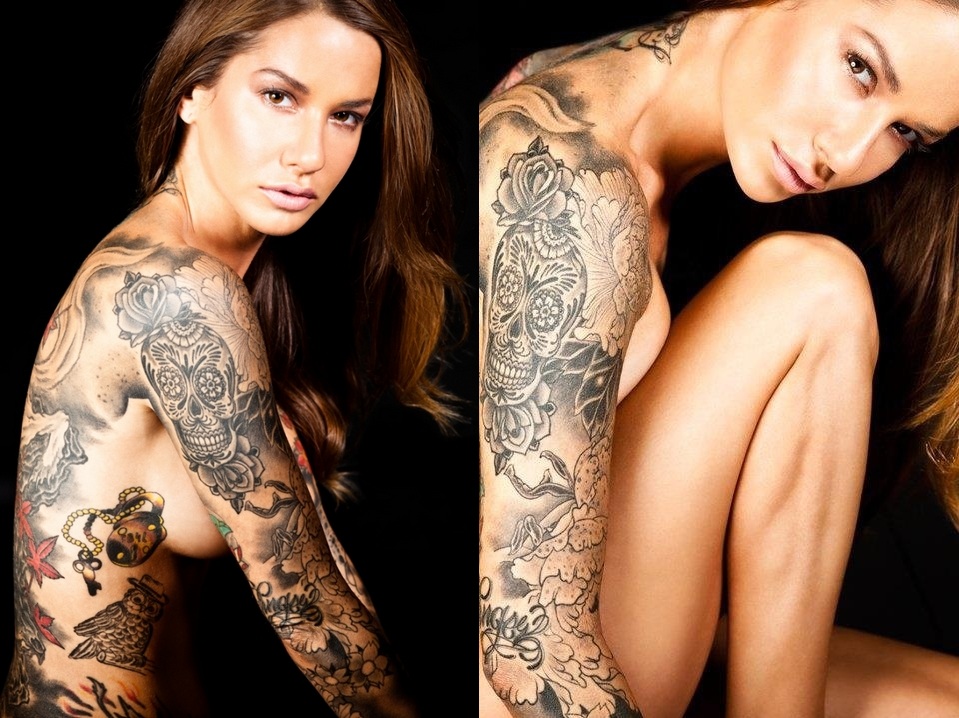 “It’s been great, everyone has been very receptive and supportive. Which is really nice being that I do have a lot of tattoos and there are certainly tons of people out there that find them gross and have nothing nice to say.  That being said, my advice is to surround yourself with supportive loving people who encourage you to believe in yourself and kick he haters to the curb.”