Today we want to show you this stunning Jeff Proctor skull arts. In the name of skulls and thorned roses with protruding ravenous jaws, juxtaposed to a certain ritual-like reverence to the soft beauty of the unknown.

Jeff Proctor is originally from New Hampshire and went to school for graphic design and painting at Maine College of Art. In 2006 he moved to Oregon to work for Nike Skateboarding. Proctor went freelance in 2008 while shifting his focus to illustration and has done work for clients including Nike, Burton Snowboards, Manik Skateboards, Anon, Nixon, Zoo York, Gatorade, The Black Keys, and Mogwai. You may know Jeff Proctor through the posters for movies such as Zombie, Dawn of the Dead and Texas Chainsaw Massacre. 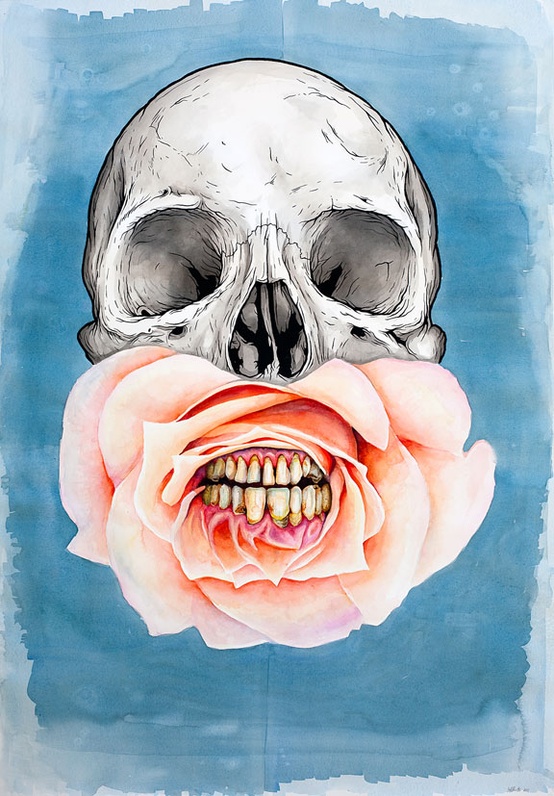 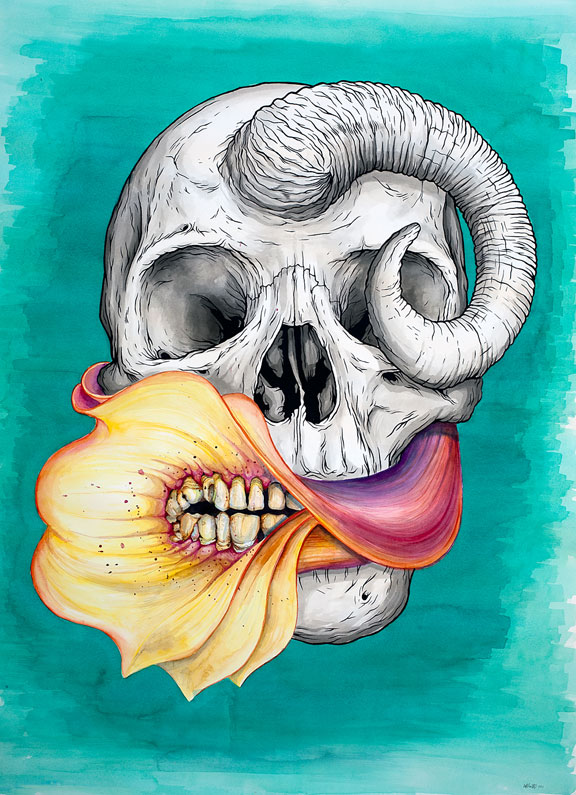 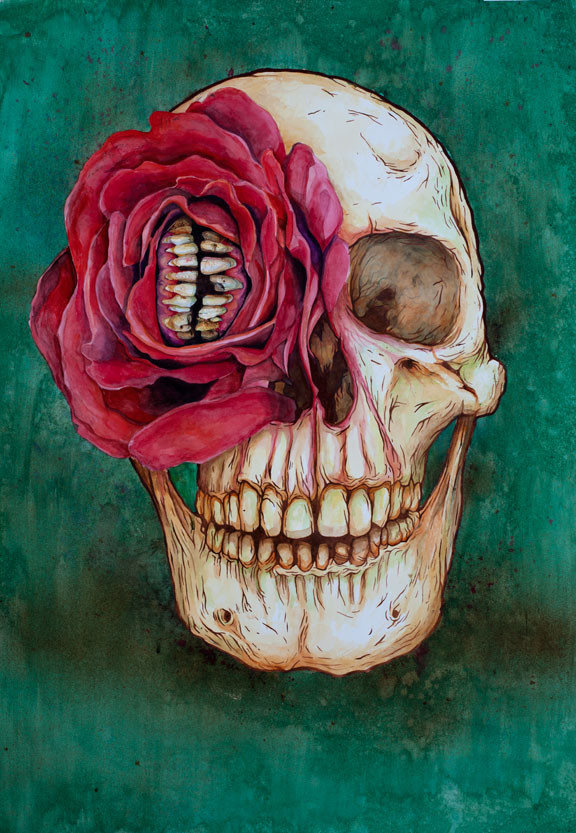