Check out these amazing Dollar Sculptures by Scott Campbell. He uses a laser cutter to carve astonishing sculptures out of US dollars. When producing this series, Campbell sourced an obscene amount of uncut sheets of dollars directly from the United States Mint to create large sculpture-like pieces with a sunken relief effect. For instance, he used $11,000 worth of dollar bills to create a two-foot cube into which a spooky 3D skull is carved-out. 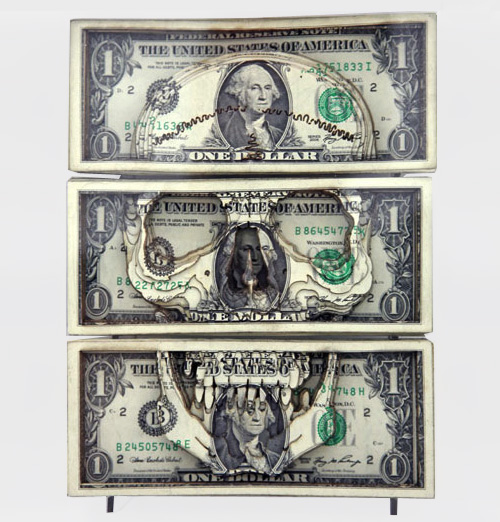 Scott Campbell from Louisiana is known as being one of the most talented tattoo artists. After abandoning a career as a biochemist he fled to San Francisco, and began tattooing. He learned the craft at Picture Machine, one of the oldest shops in California. He now owns and operates the legendary Saved Tattoo in Brooklyn, whose client list includes New York’s art and design elite, fashion designers such as Marc Jacobs, and a long roster of celebrities including Heath Ledger, Josh Hartnett, Orlando Bloom, Helena Christensen, and Penelope Cruz. 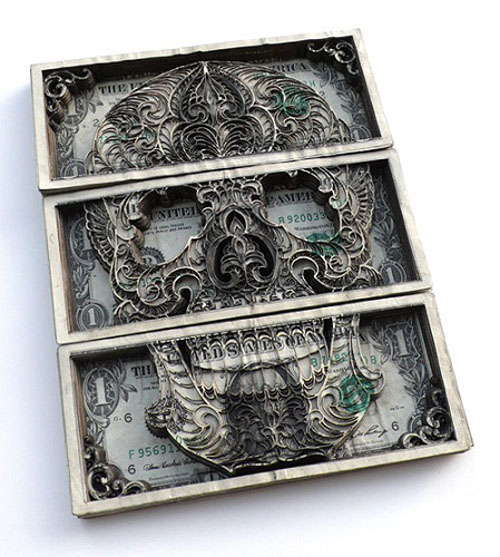 In recent years, he has gained much acclaim from fine art communities worldwide for his work in mediums other than skin, including intricately carved sculptures made out of US currency, a series of watercolor paintings based on his experiences during a 6 week stay in a maximum security prison in Mexico City, and graphite drawings done on the insides of eggshells. Campbell has only shown in galleries for a few years, but his work is already seen in some of the most revered collections and museums worldwide. He is celebrated as one of the brightest new voices in the New York art scene. 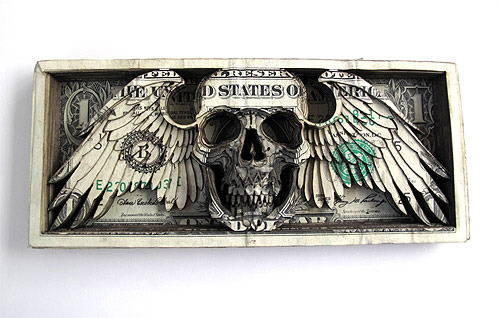 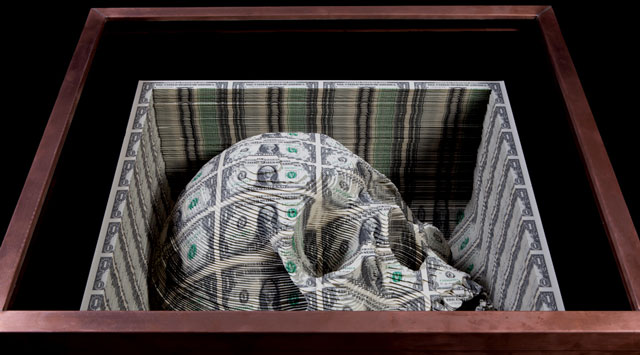 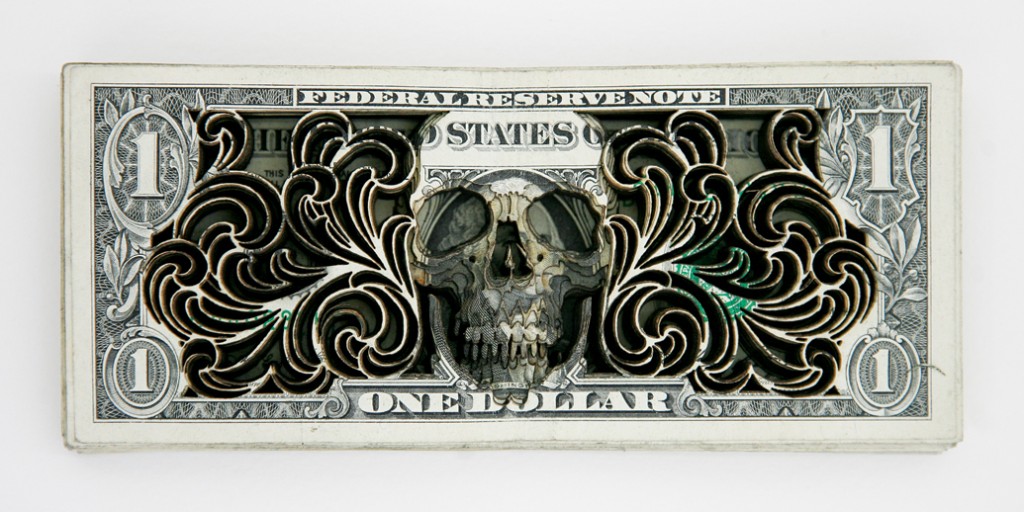