Die Young by Ben Brown is a series of illustrations, which consists of images of high-profile celebrities alongside their detailed skulls and bones. His latest series of candy coloured portraits split Kurt Cobain, James Dean, Sid Vicious, Jimmy Hendrix, Buddy Holly and music’s most recent victim, Amy Winehouse, quite literally, in half. Die Young salutes popular idols with untimely deaths. As Ben puts it…”the celebrity life-style that we seem to aspire to, had killed them all by the age of 27″ 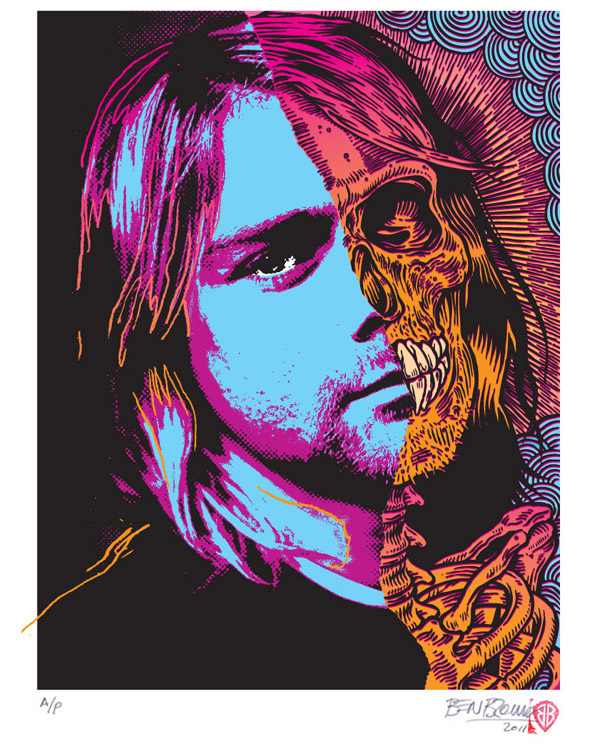 Ben’s illustrations have a rockstar-pirate-hybrid-Andy Warhol flair. He specializes in poking fun at celebrities, literally peeling back layers of pretence to bare bones. When he was ten, Ben was given a model skull for Christmas. For some, that would make for an odd gift, but not for Ben, who estimates he has created between 3 to 7 million drawings in his life and most of them feature the skull. 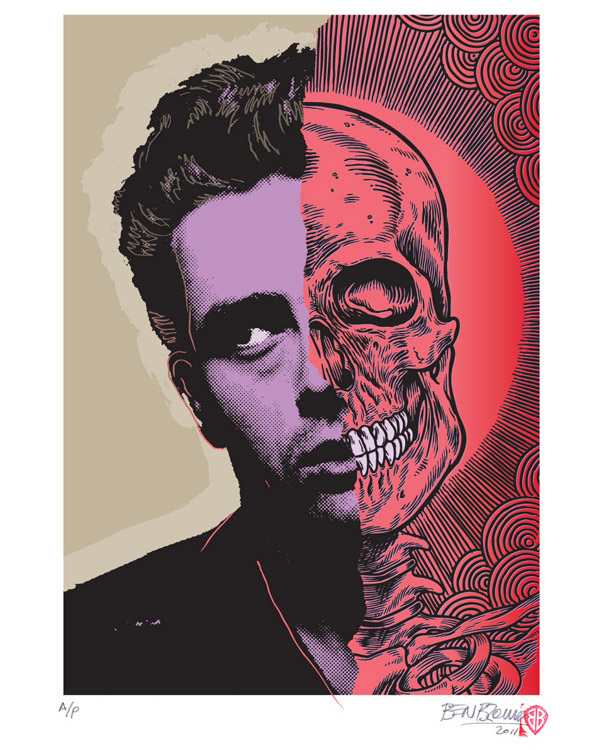 Ben Brown is a Sydney based illustrator, designer and artist, who has worked for a mixed variety of clients for over the last twenty years (Sony Music, Universal Music, EMI and Red Bull and is a regular contributor of comics for editorial and illustrations for surf, snow and skate boards. He has designed extensive clothing graphics for brands such as Mambo, Insight, Globe, O’Neill, Rip Curl, Volcom, Art Park, Hurley and Supply, and designed music and festival posters for the likes of Nirvana, Pearl Jam, Fat Boy Slim and many more). 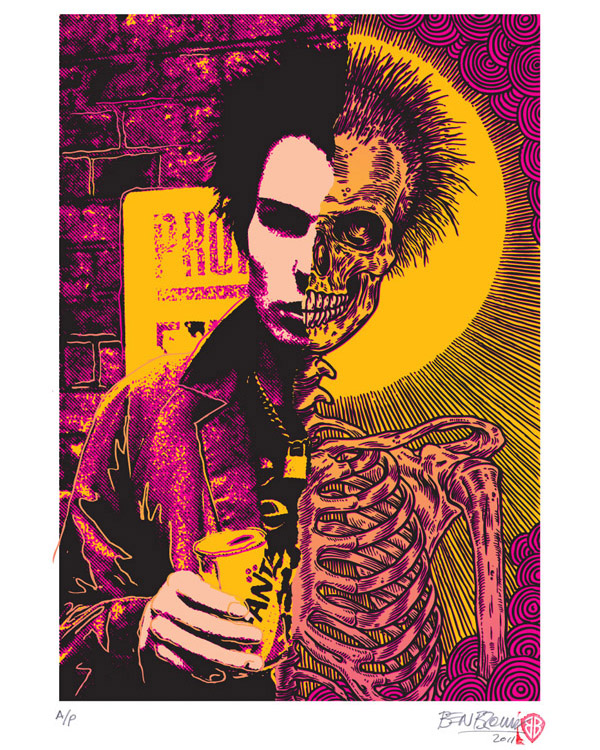 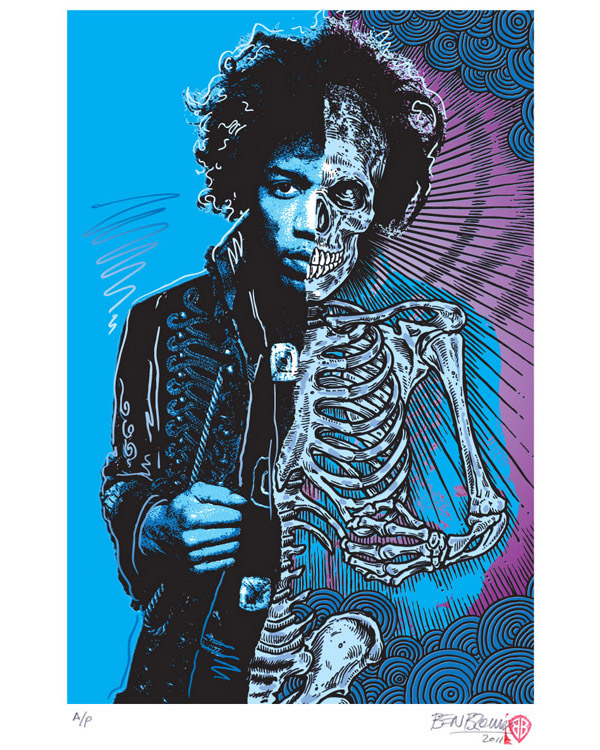