Dancing Skull Ring by Joji Kojima is a handmade ring. If you would like to have one, he will start making it once the order has been placed and will take about 2 months to finish. The pieces are designed and carefully made by Joji Kojima himself. None of them are identical. Each Dancing Skull is created from resin and brass and costs about $3000. 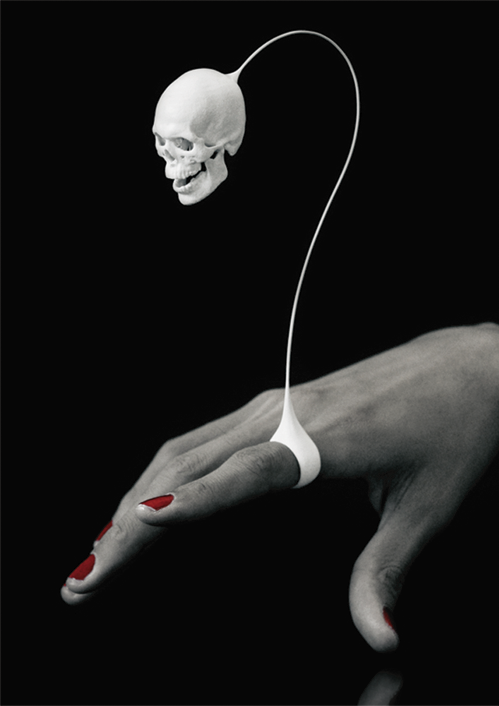 Joji Kojima started learning to make accessories when he was 15-years-old, and majored in graphic design, photography and typography in Tokyo. While he was still in college, he attracted attention  for contributing his works to one of LADY GAGA’s albums, and in 2010 established his own brand, JOJI KOJIMA.