Anatomica di Revolutis is in honor of the developing 3rd Industrial Revolution. His art has been inspired, enabled, and defined by it. The resources and networks of the revolution are his tools, medium, and art gallery. Joshua is here to present his art within the context of how and why he makes it, not on a shelf or wall in a gallery, but within the current landscape of the public psyche and part of a larger event.

ANATOMICA DI REVOLUTIS: Representing the project is a 3-piece sculpture entitled “Anatomica di Revolutis” (loosely intended to mean “Anatomy of the Revolution”). Each component is designed to assemble together to present a larger narrative about the developing 3rd Industrial Revolution. The fully assembled sculpture features all 3 pieces and symbolizes liberty & prosperity through an empowered participatory populace. It is designed to hang on a wall or other vertical surface. 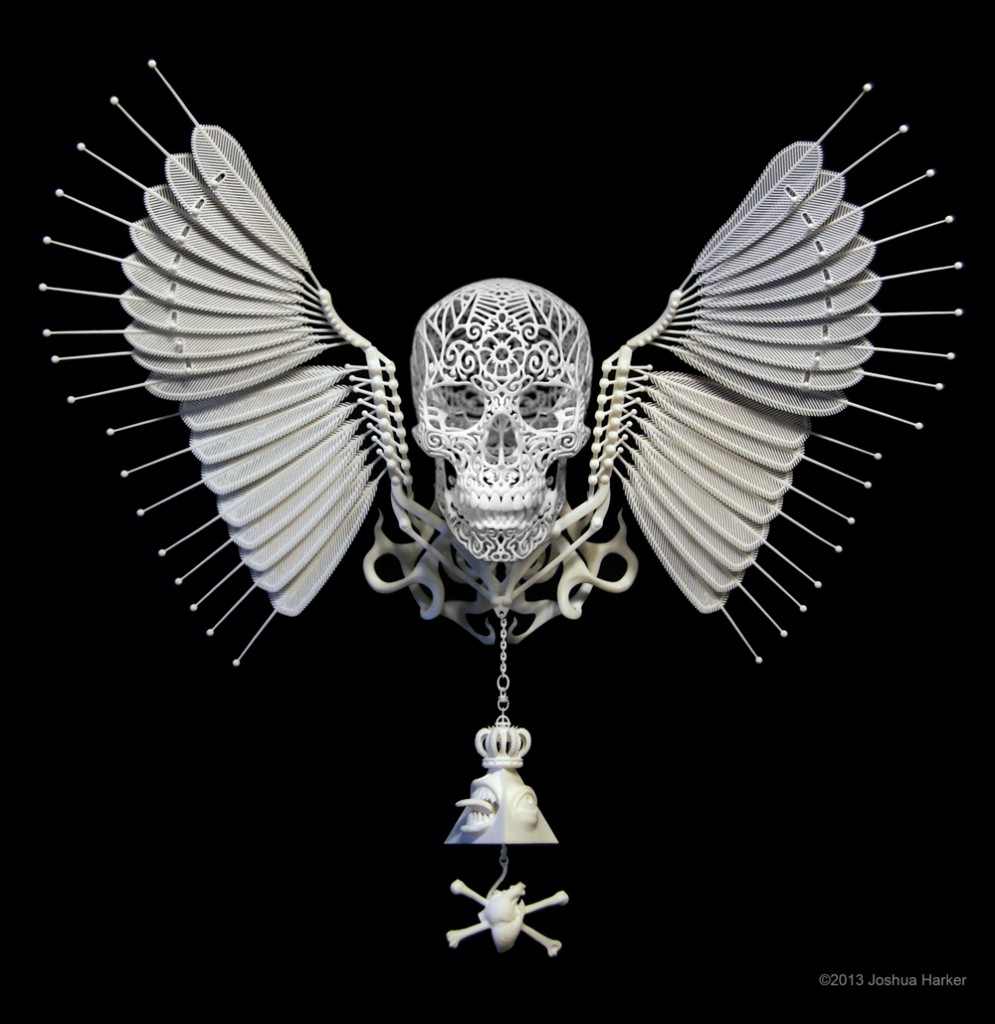 CRANIA REVOLUTIS: Represents the passing of an era and the ever growing renewal over the ghost of the past. It is a nod to his previous project as well as an offering to the overwhelming requests for a 2nd skull design. 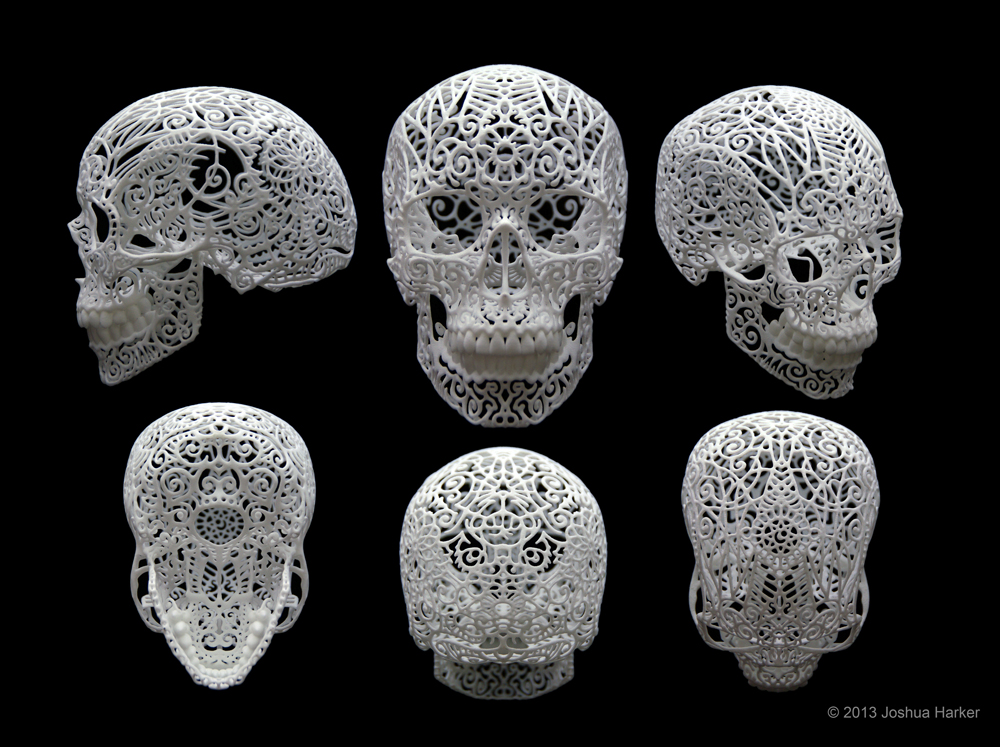 PHOENIX REVOLUTIS: The wings are comprised of 75 separate mechanical moving pieces that are printed in their entirety as a single working assembly. They are symbolic of the mythical Phoenix rebirth and spring from the fire theme interpreted by his “tangle” aesthetic. Shown in open and closed position. 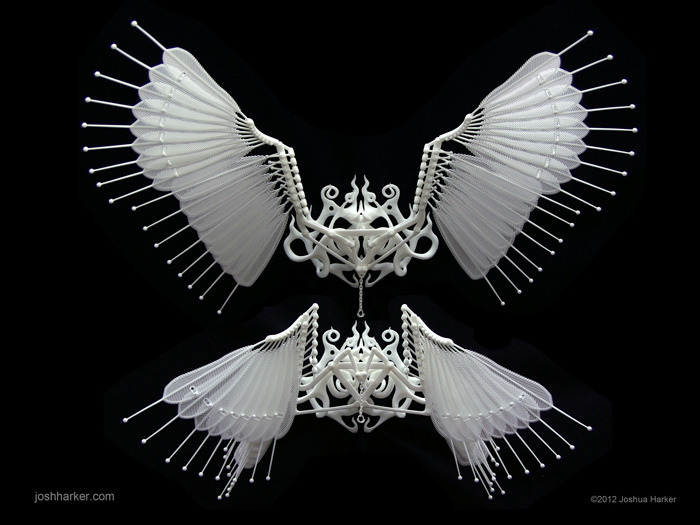 THE CROOKED CAIRN: symbolizes the burdensome weight of the institution that gives rise to the Phoenix. The crown bears the tentacles of influence. The edifice references the familiar “Eye of Providence” & presents a mockery of the “Hear No, Speak No, See No Evil” as symbols of corruption. The crossed heart on the hook symbolizes the machine’s broken promise mechanism of operation. The eye rolls, tongue wags and tail wiggles when the heart string is pulled. 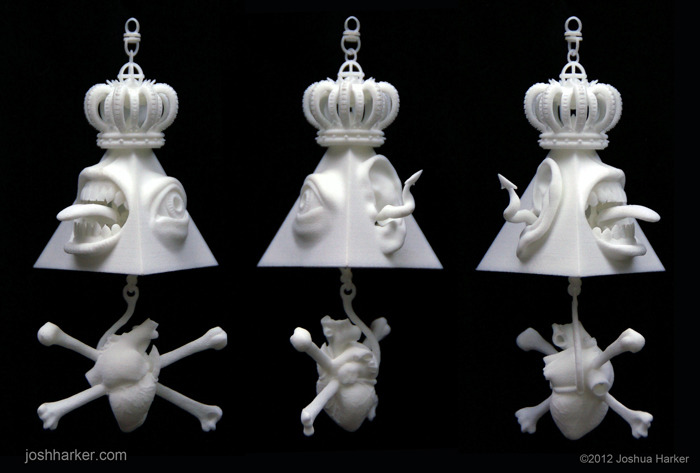