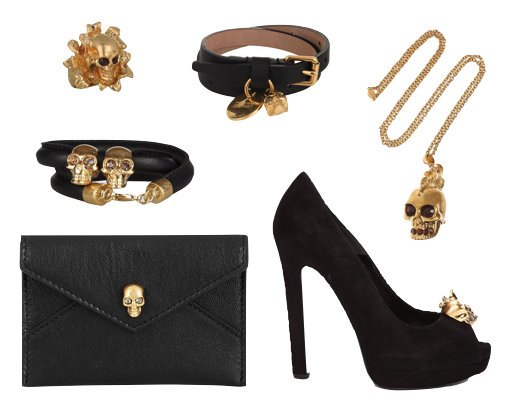 Skull it’s a beloved trend for a while now! The edgy skulls has been seen on many items like clothing and accessories. Subtile, within a small print or prominent, with a large print. They’re not really charming, but they’re definitely raw and edgy. The skulls can create an rough and edgy look or a feminine and classy for each occasion. Alexander McQueen skull bracelets are the perfect accessories to spice up your classy look! 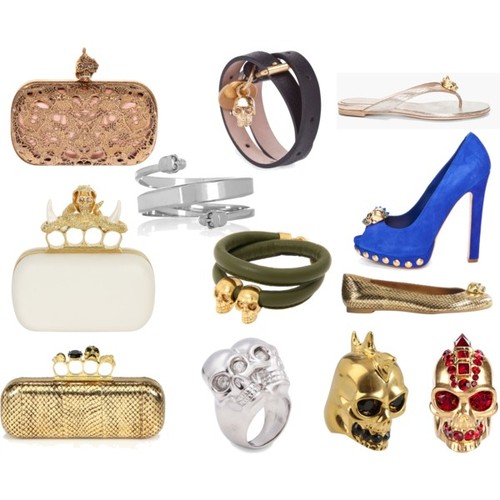 Alexander McQueen shows are known for their emotional power and raw energy, as well as the romantic but determinedly contemporary nature of the collections. Integral to the McQueen culture is the juxtaposition between contrasting elements: fragility and strength, tradition and modernity, fluidity and severity. An openly emotional and even passionate viewpoint is realized with a profound respect and influence for the arts and crafts tradition. Alexander’s collections combine an in-depth working knowledge of bespoke British tailoring, the fine workmanship of the French Haute Couture atelier and the impeccable finish of Italian manufacturing. 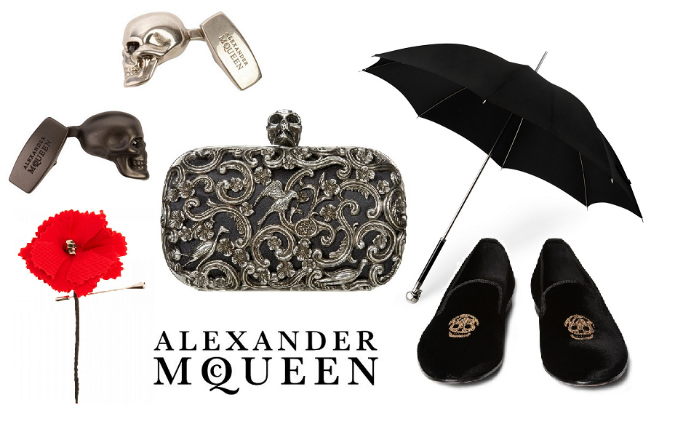 In less than 10 years McQueen became one of the most respected fashion designers in the world. He also became known for using skulls in his designs. Alexander McQueen skull collection is very popular now. We can find there shoes, clothes, jewelry and many accessories.