The Dragon Skull On Charmouth Beach. Video service Blinkbox is celebrating their release of the Game of Thrones third season by placing a huge dragon skull on a beach in Charmouth, England. The beach is part of the heralded Jurassic Coast, long a paradise for fossil hunters. The sculpture which is 8ft wide and stands over 9ft tall and took a team of sculpturers over two months to design and build. 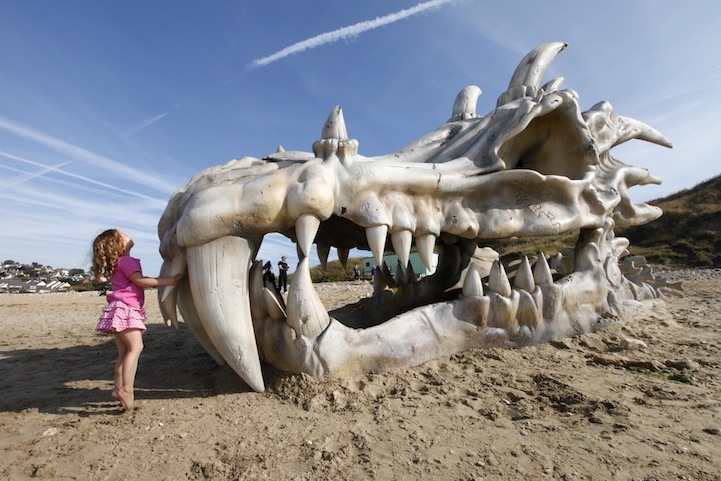 Game of Thrones is one of the most popular television series around, so it almost beggars belief that it needs to be marketing. However the latest marketing stunt raised quite a furor when a dragon skull was ‘discovered’ on an English beach.