Skulls are used as a symbol of death and decay, and these are typically the thoughts that are evoked when we see a skull tattoo on a person’s body. However, this isn’t the only meaning of a skull tattoo. Skull tattoos are a particularly interesting tattoo design because they sometimes mean something very different than what we first assume. While many skull tattoos do, in fact, represent death and darkness like we expect them to, other less obvious and less morbid meanings of skull tattoos include protection, power, strength and overcoming obstacles. In this sense, skull tattoo meanings can represent a reminder to live life to its fullest, because death will eventually come to us all. For this reason, many people choose to get a skull tattoo to signify a change made in their life for the better. Because there are so many different meanings of skull tattoos out there, as well as a variety of colors and designs for skull tattoos, men and women who opt for a skull tattoo can personalize the tat to make it unique to them. 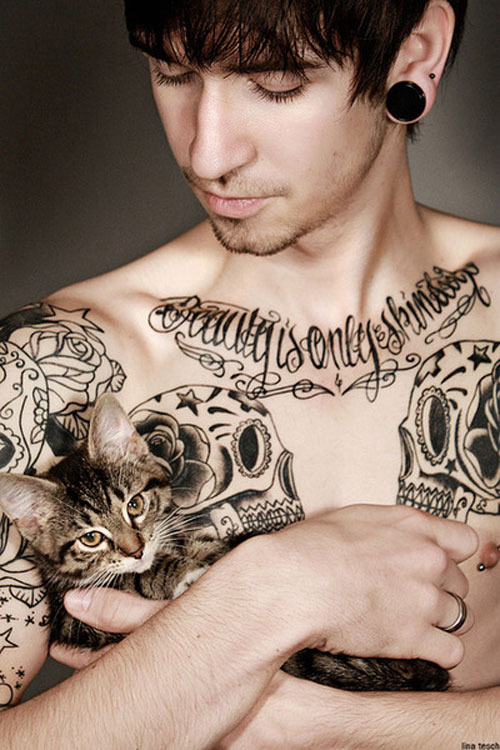