Key tattoos are not just your typical key and lock tattoo anymore. Keys are also things we press that connect to make sound or to cause an electrical response. For example keys on a piano and keys on a keyboard.  Additionally a key can be the little box with symbols and words describing their meaning on maps and other publications using symbols that require explanations. If you’re really into keys that open locks and want the very first one, it’s a block of wood with three pegs on one end; kind of looks like a short pasta server. Still the most popular key in terms of keys that open locks is the skeleton key. While the skeleton key is not the most ancient of all keys it runs a close second place. This key has been around for about three thousand years.  It’s used in tattoos because of the range of classic simplicity to elegant, ornate, beauty. 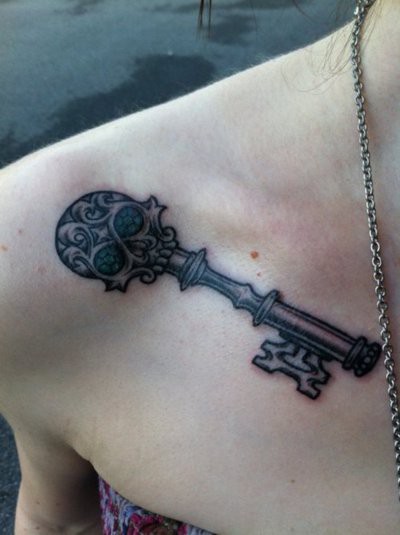