Skateboard skulls by Beto Janz. Ultra Séries skate shop has a new structure.
Designer Beto Janz customized used and broken decks, shape to produce skulls. These skulls have stickers with the brand and the new address of the store. They were left in streets near to the main skating rinks in the city of Curitiba, Brazil – for those who find and want catch it.

Beto Janz brings on his baggage references from several universes. From underground art to corporate works, his own style doesn’t let any doubts about his intentions to express his ideas and lifestyle. 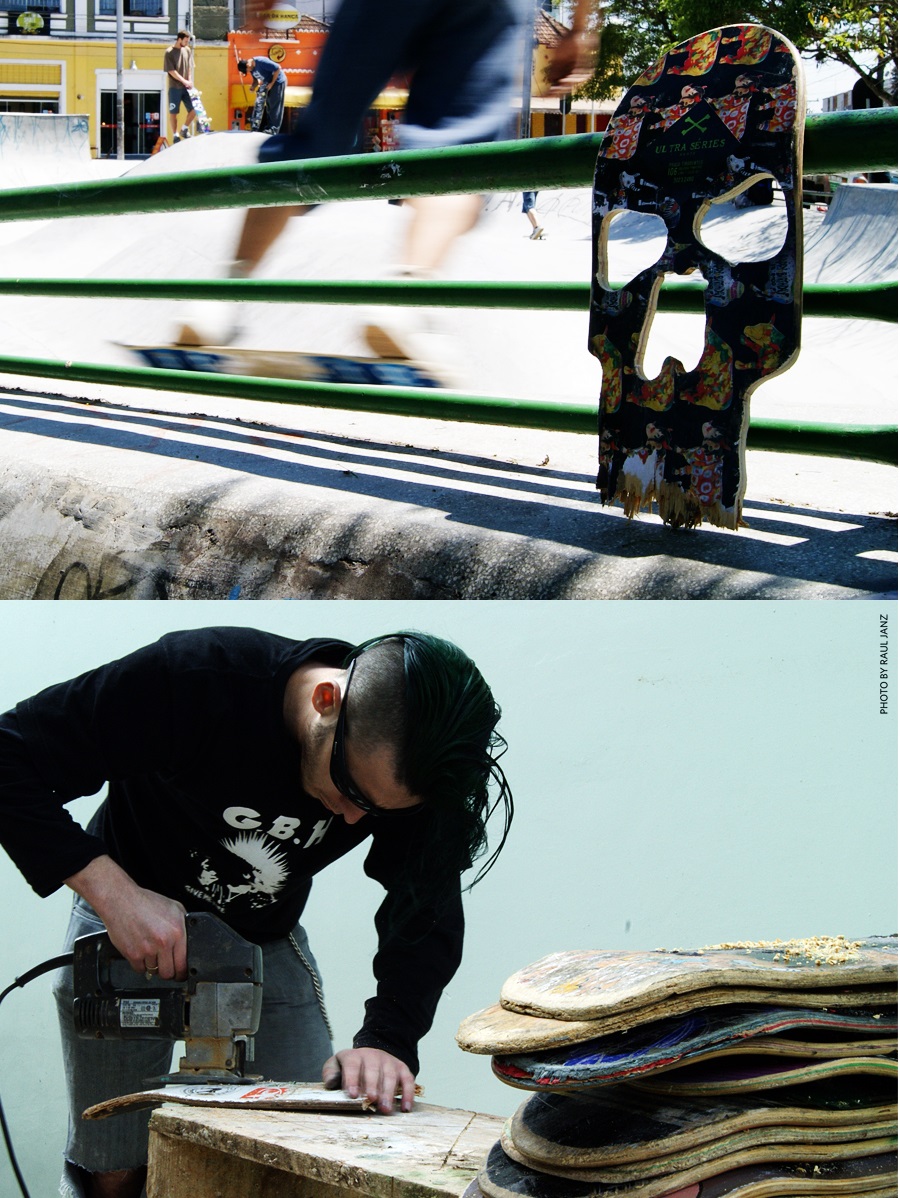 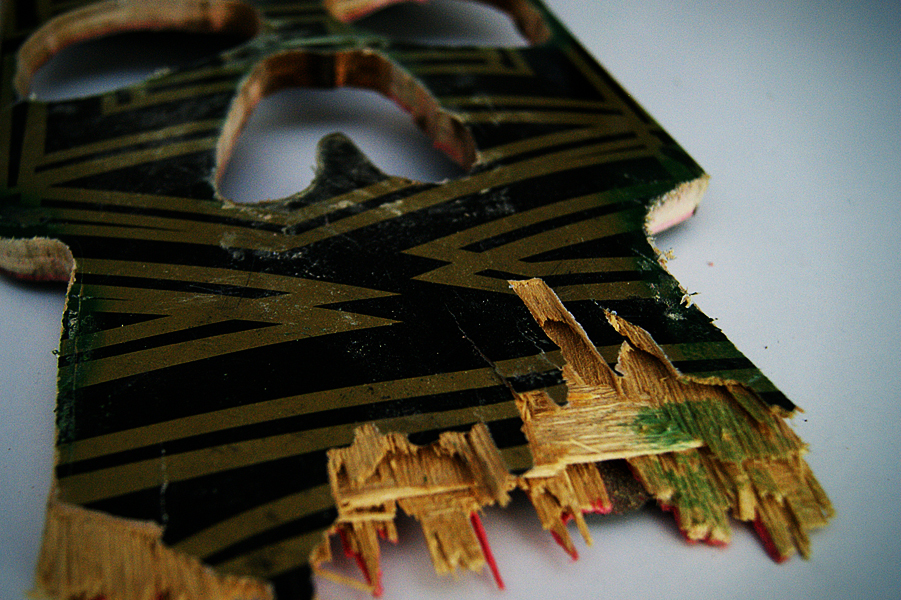