Protect And Survive is a photo made by Peter Kennard in 1980. Kennard was born in London in 1949. He is senior tutor in photography and his work is in many major collections. His work has been published in numerous publications including The Guardian, Sunday Times, The Telegraph and Time Magazine. 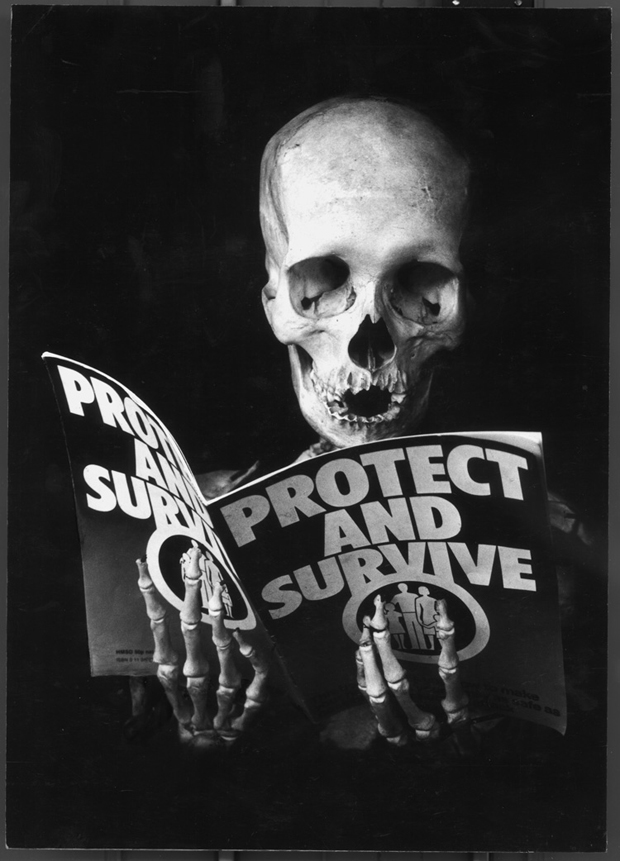 Ever since Peter Kennard was a kid, he became interested in art. He began to draw and paint which soon became his life routine. Kennard became increasingly disappointed with the absence of candour in his artwork which failed to develop the depth and meaning Kennard wanted to achieve. He was determine to find a way that can put forward more perseverance, something that would bring out the legitimacy in the society. His persistence eventually led to the method of photo-montage. This took him to a level where he created photo-montages directed at political parties to expose the truth to the public.