Absinthe is the drink of choice for those who like their alcohol on the extremely potent side. Absinthe is historically described as a distilled, highly alcoholic beverage. Essentially it is a neutral spirit infused with myriad herbs and botanicals, centering around anise, fennel and a specific type of wormwood, Artemisia absinthium, from which absinthe takes its name. It’s understood now that hallucinations and other health issues attributed to overindulging in absinthe were more a result of alcohol poisoning due to the high alcohol content, typically 50 to 70 percent. Absinthe is traditionally bottled at a high level of alcohol by volume, but is normally diluted with water prior to being consumed. 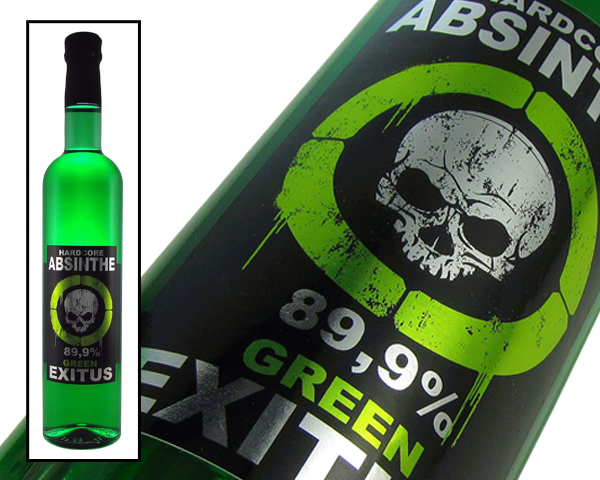 Absinthe originated in Switzerland in the late 18th century. It rose to great popularity as an alcoholic drink in late 19th- and early 20th-century France, particularly among Parisian artists and writers. Owing in part to its association with bohemian culture, the consumption of absinthe was opposed by social conservatives and prohibitionists. Ernest Hemingway, Vincent van Gogh, and Oscar Wilde  were all known absinthe drinkers.

Since absinthe was legalized in the United States in 2007, it has gone from forbidden fruit to virulent weed. Once smuggled from Eastern Europe or procured from back-alley producers, absinthe is now just another bottle on the bar. 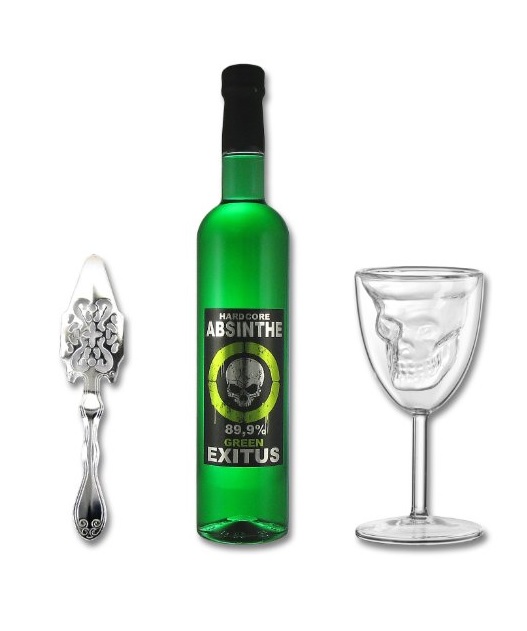 You can find many different types of Absinthe.  Hardcore Absinth Green Exitus is produced by CANNAX. For an absinthe ritual you can not miss absinthe spoons and glasses! All these things you can buy here: