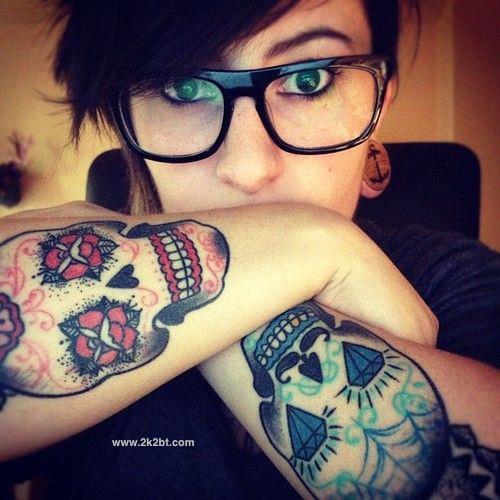 Skull tattoos aren’t just for guys anymore and they have come to represent something much more masculine than feminine.  Since skull tattoos are often viewed as demonic, women who opt for a skull tattoo may choose a more feminine design to smooth out the edges a little bit. Girly skull tattoos are often depicted as wearing pink or purple bows, which gives them a sort of quirky and ironic look. Some of them may even feature a skull with hearts for eyes, which could be a good choice for the woman in a couple that decides to get matching skull tattoos.