Christophe Luxereau – Vanités is part of a reflection on the virtuality and its sources in the art. The series of skulls reminds us that need to possess even within virtual communities such as Second Life. These skulls also remind us that virtuality is associated with the idea of survival in disembodied form, body without organs. The series is based on a model in 3D skull and each color evokes a tangible. 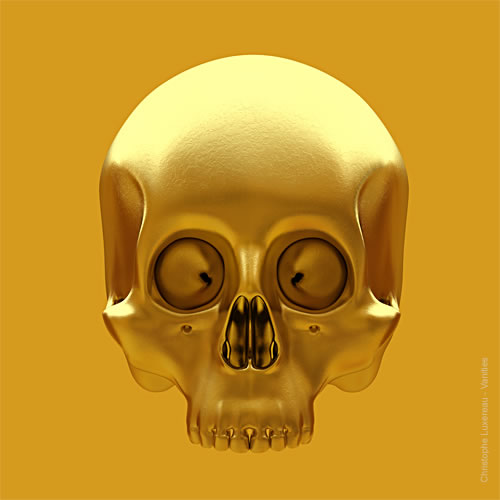 Christophe Luxereau lives and works in Paris. He is a digital visual designer. After studying painting and architecture, he began to focus on photography. He draws inspiration from the world of animation, science-fiction films and the aesthetics of David Cronenberg’s films. 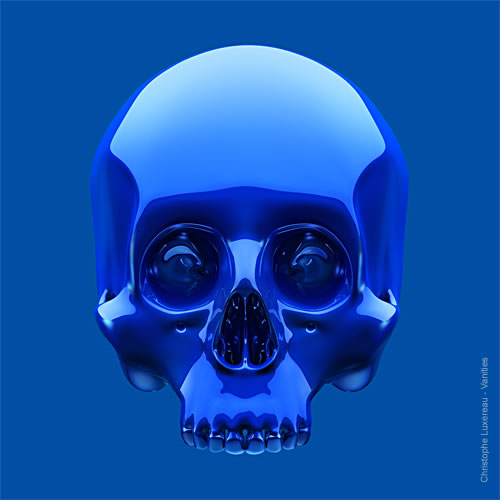 As he is involved with the world of fashion, Christophe Luxereau plays with its “Glamour” aesthetics, into which he incorporates various hybridisations. His work is a reflection on the notion of artificial beauty as conveyed by advertising. He studies the relation between human and machine and what’s the mixte for future posthuman design. 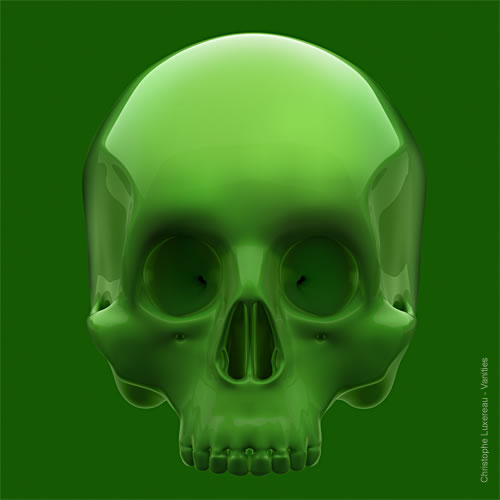