Pennington’s works are largely characterized by bold, daring colors; rich pinks and blues sustaining his continuing motifs of speculation as well as precise brush strokes, harmonious pigment blending as well as the acute concentration in the detail of his depicted subjects, usually landscapes of other times or worlds. 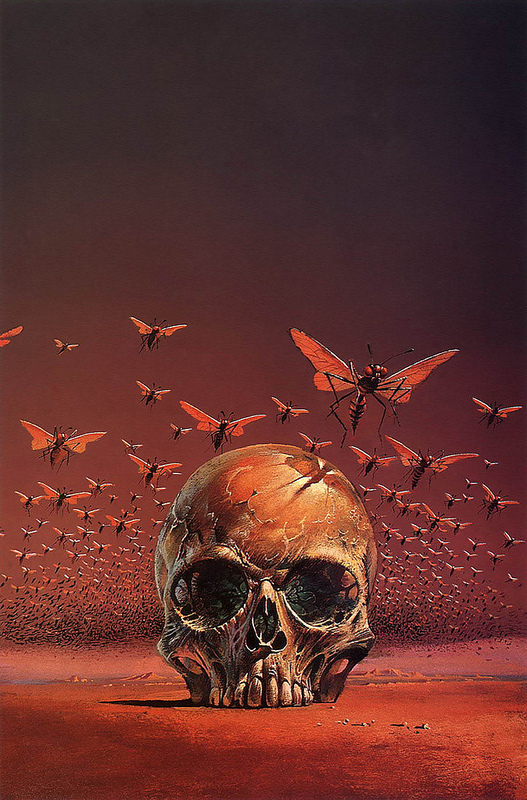