Bicycle Skull Playing Cards feature an historic Skull and Cross Bones design pulled from The U.S. Playing Card Company archives. Each Bicycle Skull Deck has a Skull and Cross Bones design on the card backs, special Ace faces, standard faces for the other cards in the deck, and one double-backed card for magicians. Bicycle Skull Back Playing Cards is a brand new deck, released from Bicycle. First released over 100 years ago! ( in the late 1800’s-early 1900’s). The back design has only been tweaked slightly, to endear itself to the modern card collector and enthusiast. These limited edition playing cards are available once again in both red and black with a choice of an Ivory (smooth) or Cambric (embossed) feel. 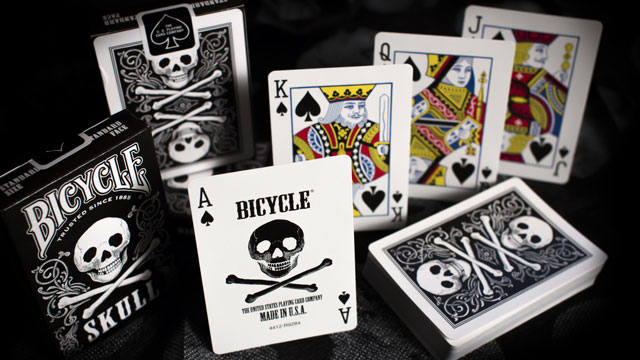 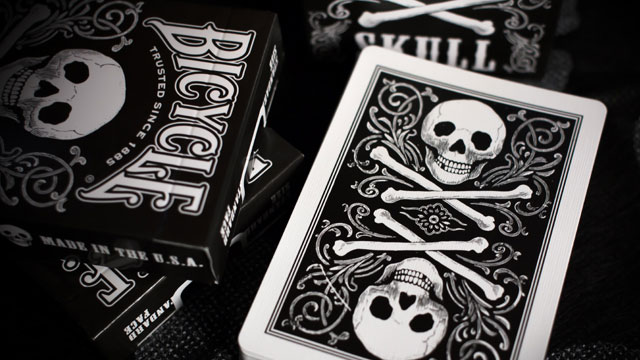 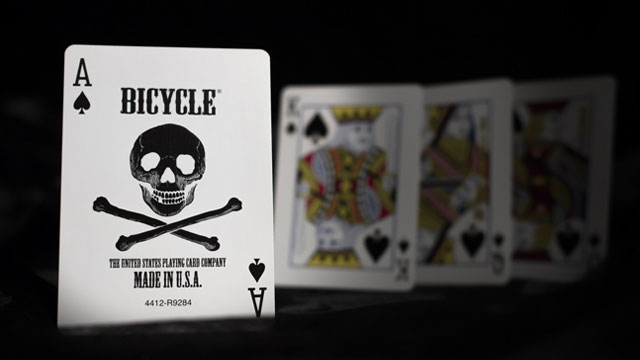